Previous article :
Taking concrete action for the climate: the purchasers’ commitment.
Next article :
Panorama, 100% wooden offices in the centre of Lille 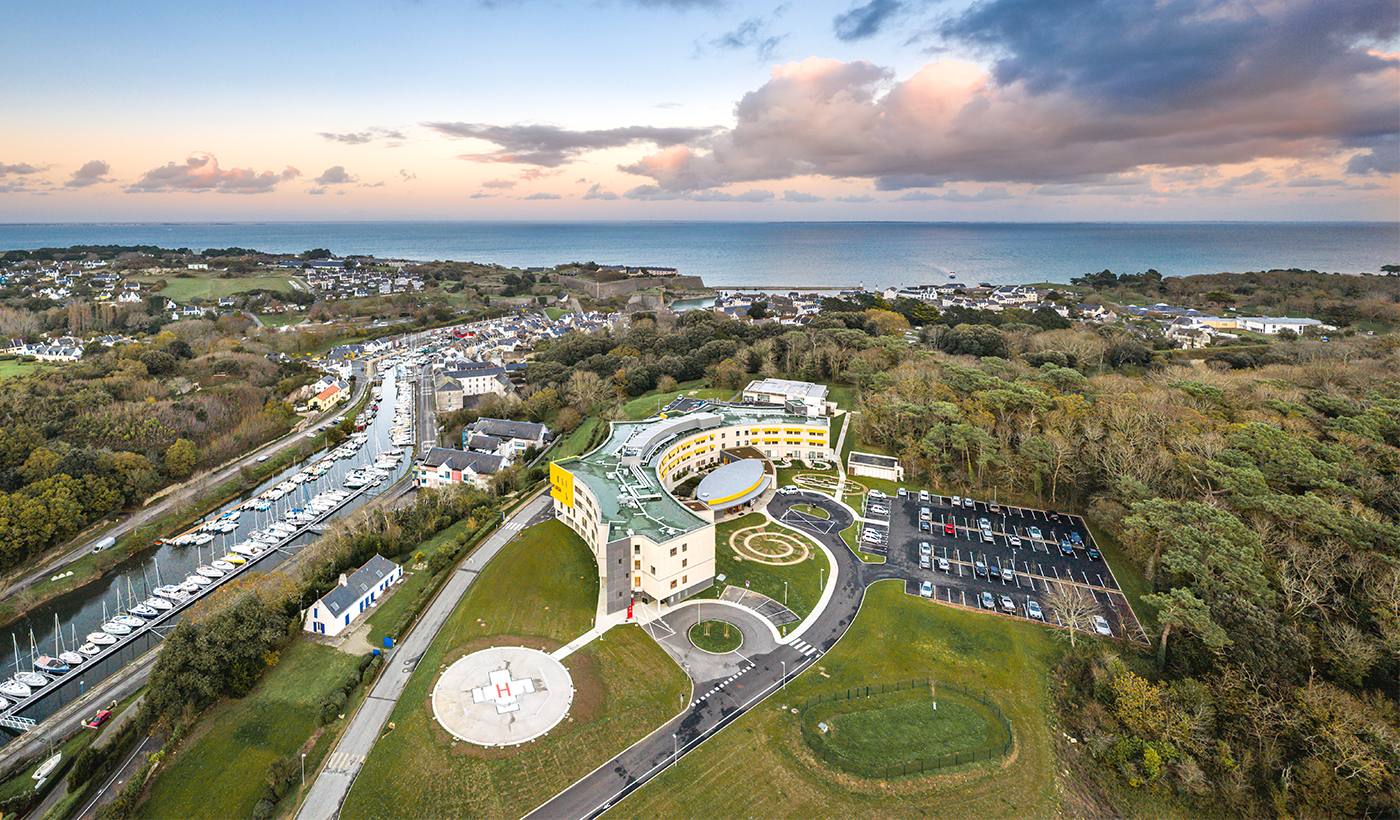 The reconstruction of the Belle-Île hospital in the Morbihan department received an Honourable Mention at the Pays de la Loire Clés d'Or competition organised by EGF BTP (despite being located in Brittany*)! The project's scope and the challenges associated with its island location won over the jury

Delivered in December 2019 after over two years of work by Bouygues Bâtiment Grand Ouest's Breton teams, the construction of the Yves Lanco hospital in Belle-Île-en-Mer returned to the limelight at the regional Clés d'Or competition, winning an Honourable Mention, an exceptional title awarded by the jury to highly commendable projects.

Winners were assessed according to three criteria:
- The creation of value through the engineering of the General Contractor;
- Exemplary collaboration and satisfaction of stakeholders;
- CSR performance.

Reconstruction of the Belle-Île-en-Mer hospital: a multifaceted project

Ambition was a major driving force at the beginning of the project: rebuilding the island's 4-storey hospital occupying nearly 8,200m2 in a complex that would remain in operation in the heart of an exceptional site—opposite the Vauban Citadel overlooking the port of Le Palais (thus subject to the approval of the ABF French architectural heritage authority), and partly located in a Natura 2000 area.

This meant that the task at hand involved a number of challenges:
- Developing sophisticated architectural design with phases planned specifically for an occupied site;
- Organising and managing a uniquely extensive project in Belle-Île-en-Mer;
- Supporting subcontractors in dealing with the island setting;
- Guaranteeing the overall price despite the absence of building project points of reference for the island;
- Ensuring comprehensive user awareness on a multi-purpose project;
- Integrating with the social and economic context of Belle-Île-en-Mer.

The design-build consortium involved future users in the project as early as the design phase by regularly presenting its progress to them. Conducting a pilot study in the former hospital prior to the start of works made it possible to gather valuable feedback on the functionality and ergonomics of the facilities (headboard design, socket locations, bathroom layout, handrails, etc.).
The project was closely followed by all of the island's inhabitants and was the subject of regular communication efforts, including a newspaper published by Bouygues Bâtiment Grand Ouest and distributed by post across the island.

Special organisational arrangements within the Bouygues Bâtiment Grand Ouest teams served all partners and made it possible to overcome the difficulties associated with the project's island setting:
- Increased presence of the management team ensured a local interface between the teams on the island and management on the mainland;
- A single representative served as a point of contact for the island's stakeholders;
- Specific logistical arrangements were put in place for subcontractors with, again, a single, fully dedicated representative.

The reconstruction of the hospital was a challenge masterfully met by the teams from Bouygues Bâtiment Grand Ouest, who turned it into a project that was...

Sustainable...
Various environmentally responsible measures were implemented on the site, such as precise management of excavated and backfilled material in order to minimise transport, the reuse of 100% of the concrete and rubble resulting from deconstruction for roadworks, the reduction of waste and packaging at source, and material cutting plans for the factory in order to minimise waste cutoffs.

...and committed
Before the beginning of works, preliminary steps were taken to learn about the island's characteristics, its functioning, and its habits. Meetings were organised with local economic and political stakeholders to understand their expectations and fears regarding the project. Both an initial assessment and discussions made it possible to, amongst other things, identify subcontracting companies in the area that were willing to commit to the project, and to launch a voluntary initiative for social integration through employment.
The project
Project owner: Centre Hospitalier Bretagne Atlantique
Deputy project owner: A2MO
Design-Build Consortium: Victor Castro and Françis Boyer (architects), Bouygues Bâtiment Grand Ouest (contractor and builder), Oteis Isateg (design office), Cabinet Collin (economist) 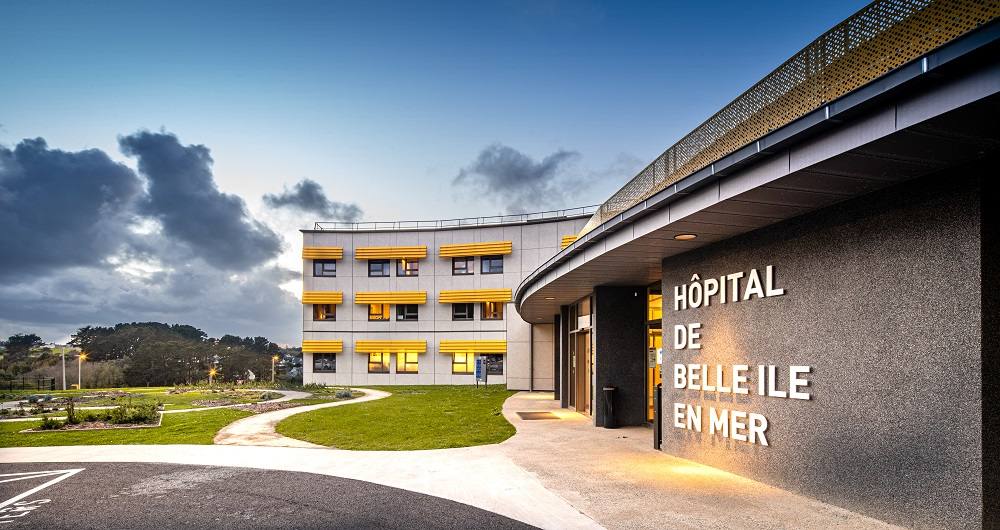