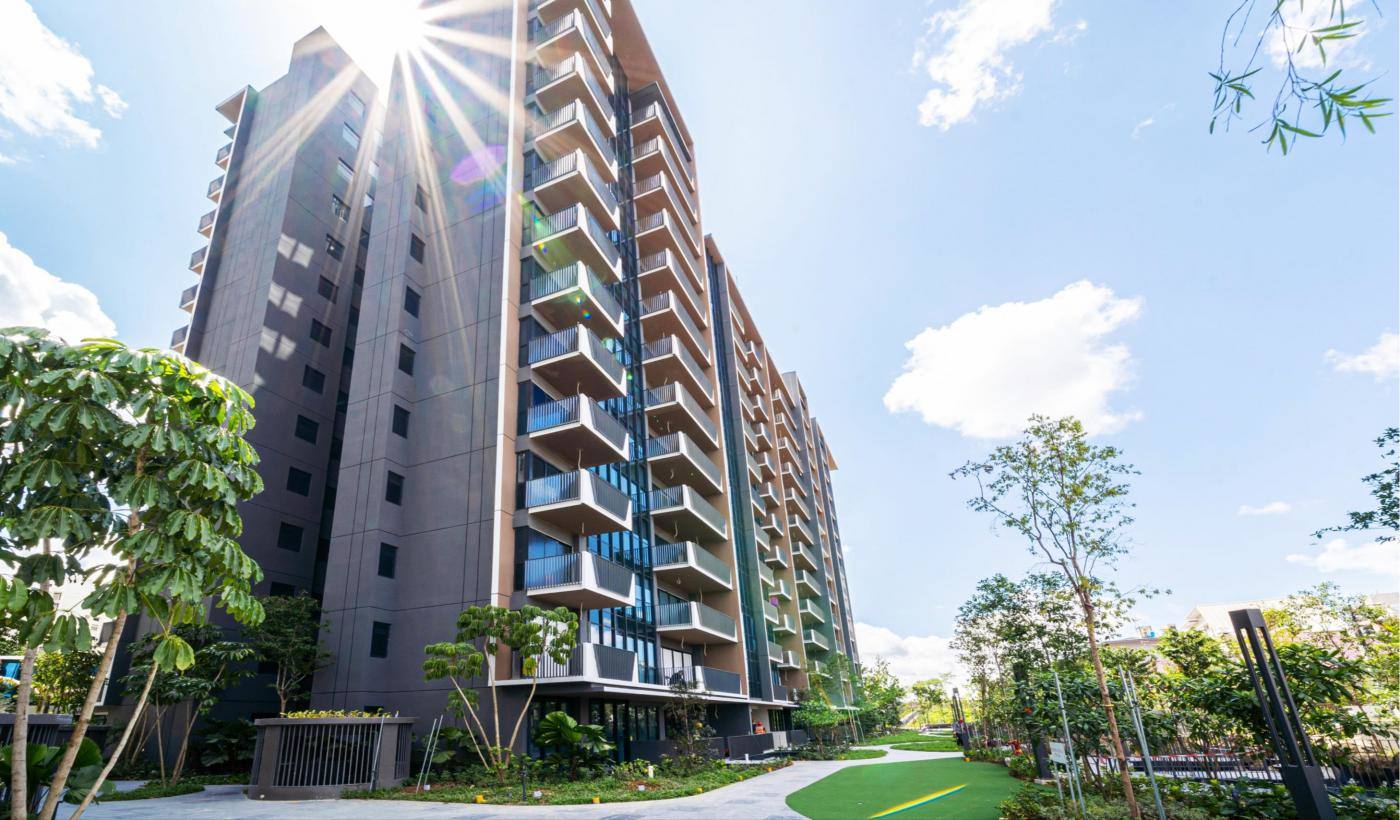 Live from the worksites
Dragages Singapore delivers the Garden Residence

After more than 3 years of construction work, Dragages Singapore has just delivered the Garden Residences located at Serangoon North Avenue 1.

The complex comprises 613 residential units spread over five 15-storey towers, as well as several swimming pools, man-made ponds, numerous outdoor facilities and lush gardens. The contract, worth a total of 95 million euros, was signed with a joint venture between Wing Tai Land (the client of the M @ Middle Road project which is in progress) and Keppel Land, one of South-East Asia’s biggest property developers. This was the first time the Bouygues company had worked with the latter.

The Garden Residences is the fifth fully-modular (PPVC) project to have been delivered by the Singapore subsidiary, after Clement Canopy in 2019, among others. In figures? The construction required the assembly of 2,012 modules of 87 different types, themselves designed from 32 moulds. And the challenges of modular construction were obviously not helped by the health context. Module deliveries were suspended for 2 months due to lockdown measures in Malaysia, where the carcasses were manufactured.

Dragages Singapore is continuing to build on its status as a pioneer in the modular construction sector. In a developing market where demand is growing, the company stands out for its ability to offer its clients a global solution based on the DfMA (Design for Manufacturing and Assembly) system. In seeking to further optimise the industrial phase of construction, Dragages is determined to maintain its leading position, sharing its innovations with its clients.