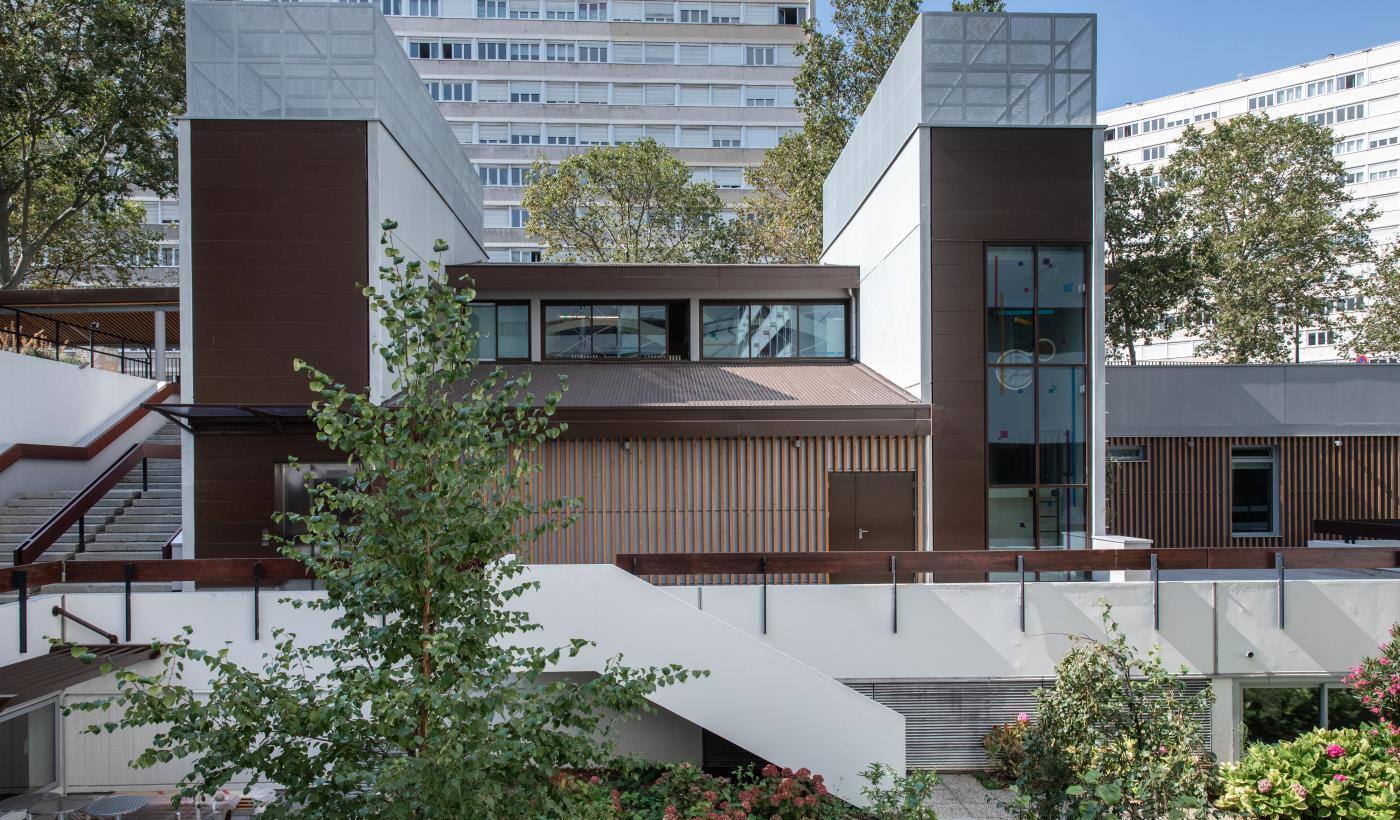 Live from the worksites
The end of the road for P12 Reuilly!
By Sandrine RICHARD

Habitat Social has just delivered the P12 Reuilly operation. This project involved the renovation of a building complex, the extension of a physiotherapy school, and the improvement of outdoor areas.

The 545 housing units were renovated on an occupied site, with 90% of the units being made electrically safe, and 10% of them being brought up to electrical standards.

Given the size of the existing joinery and the configuration of the site (a 350 metre long residential building with thirteen floors and three basement levels), the production team designed an innovative, custom-built supply system that allowed for the horizontal and vertical delivery of windows to the entire building.

New air inlets and extraction units were installed, as well as new landing doors. The common areas and halls were renovated and the façades were given a facelift.

Work was also carried out in the boiler room and substation with a change from gas to the CPCU heat network.

Outside, the foundation slab was insulated and rendered watertight. On the ground floor of the building, three dressing rooms were built and false ceilings and partition walls were created. The halls were refurbished and the outdoor areas were remodelled.

Meanwhile, the extension to the Paris School of Physiotherapy was delivered at the start of the 2020 school year. This project involved the creation of an amphitheatre with a 99-person capacity, the installation of two lifts, and the renovation of the current facilities.

14,200 workplace integration hours were completed during the 36 months of work.