Previous article :
Aby has reached the end of her underground adventure!
Next article :
HS2: Florence has completed her first mile! 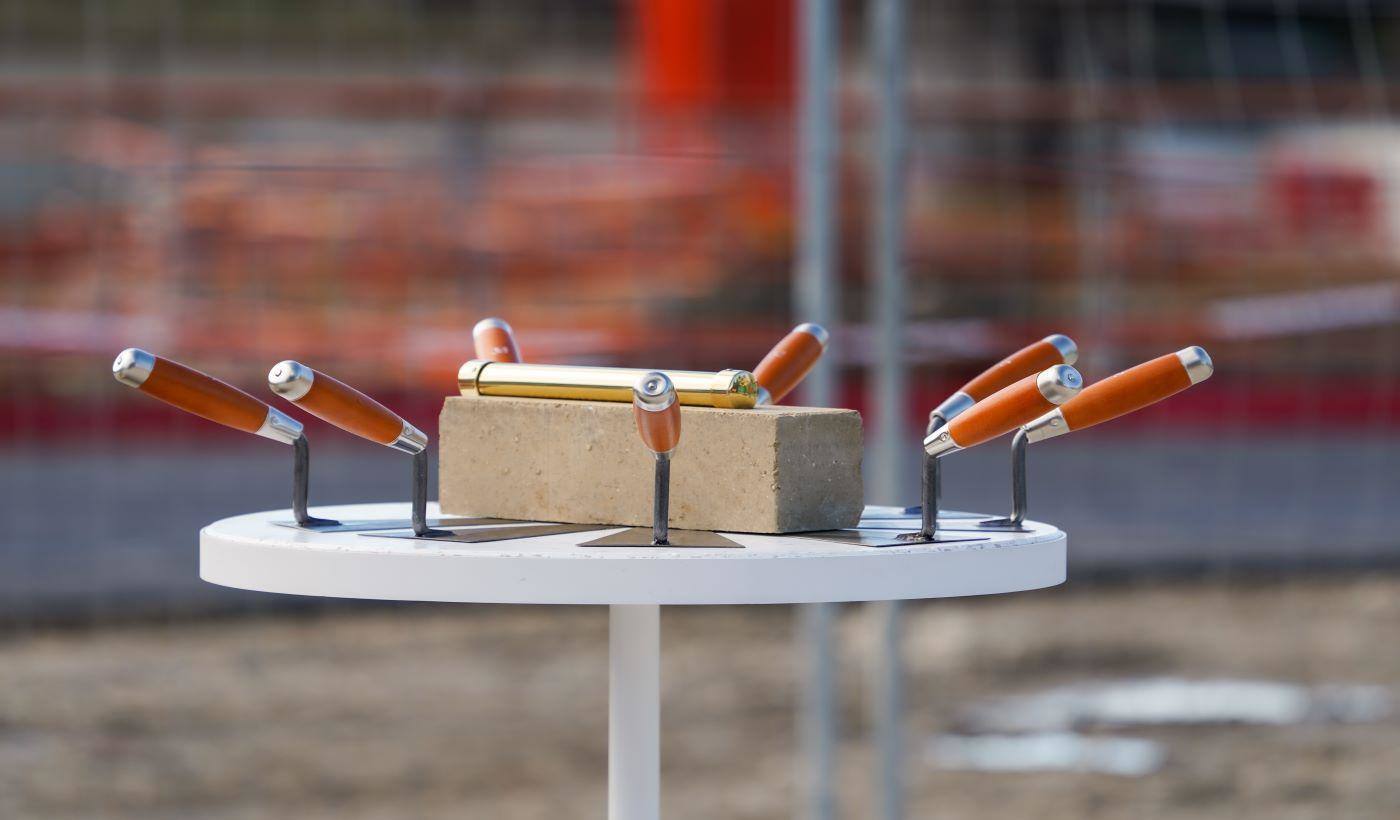 Live from the worksites
The first stone laid in bare earth for the Arena Porte de la Chapelle!
By Carole CASTIELLA

The first brick was laid in the bare earth at the Arena Porte de la Chapelle on Friday 5 October in the presence of many different dignitaries and the employees involved in this iconic construction site. Photo gallery !

The event took place with the following people present: Anne Hidalgo, Mayor of Paris, Patrick Ollier, Chairman of the Metropolitan Area of Greater Paris, Stéphane Troussel, Chairman of the Seine-Saint-Denis Regional Council, Eric Lejoindre, Mayor of the 18th arrondissement of Paris, Pierre Rabadan, Deputy Mayor of Paris with responsibility for sport and the Olympic and Paralympic Games and Tony Estanguet, Chairman of Paris 2024, as well as Nicolas Borit, Thierry Roulet and Thierry Fistarol.
It was a great success for the teams of Valérie Papon, Production Director for State & Administrative Bodies and Mehdi Moeket, the site contractor delegate.

This First Brick placed in the bare earth was completely in line with the Week of Sustainable Development, and will make up the walls around the entrance hall. This beneficial action means it is possible to reuse the material excavated from the Grand Paris Express.
More widely, the 26,000 m² construction site is fully committed to undertaking an ambitious approach to energy and the environment. Recycled, bio-based, geo-based and low-carbon materials are preferred for the entire project. 30% of the concrete used for construction will come from low-carbon sources. 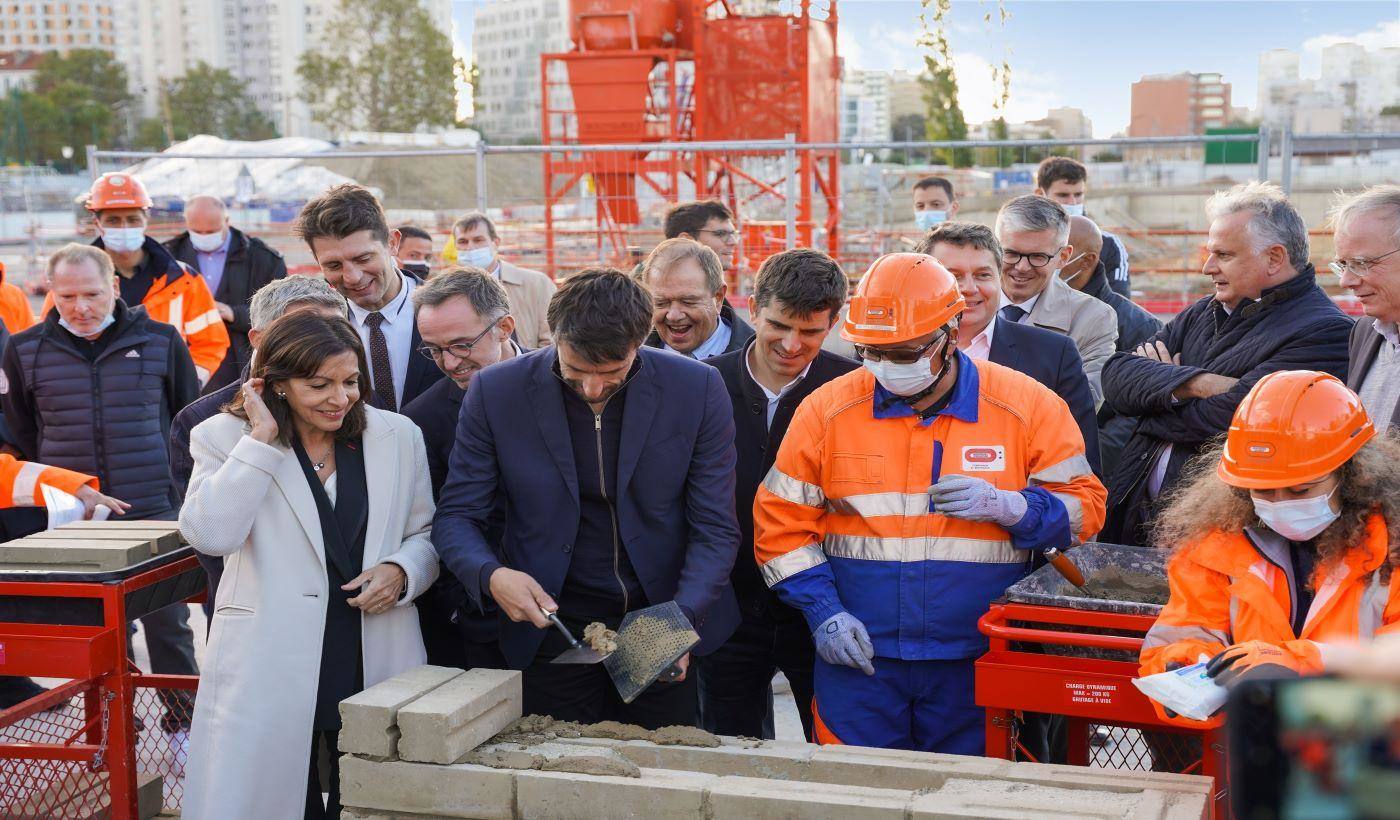 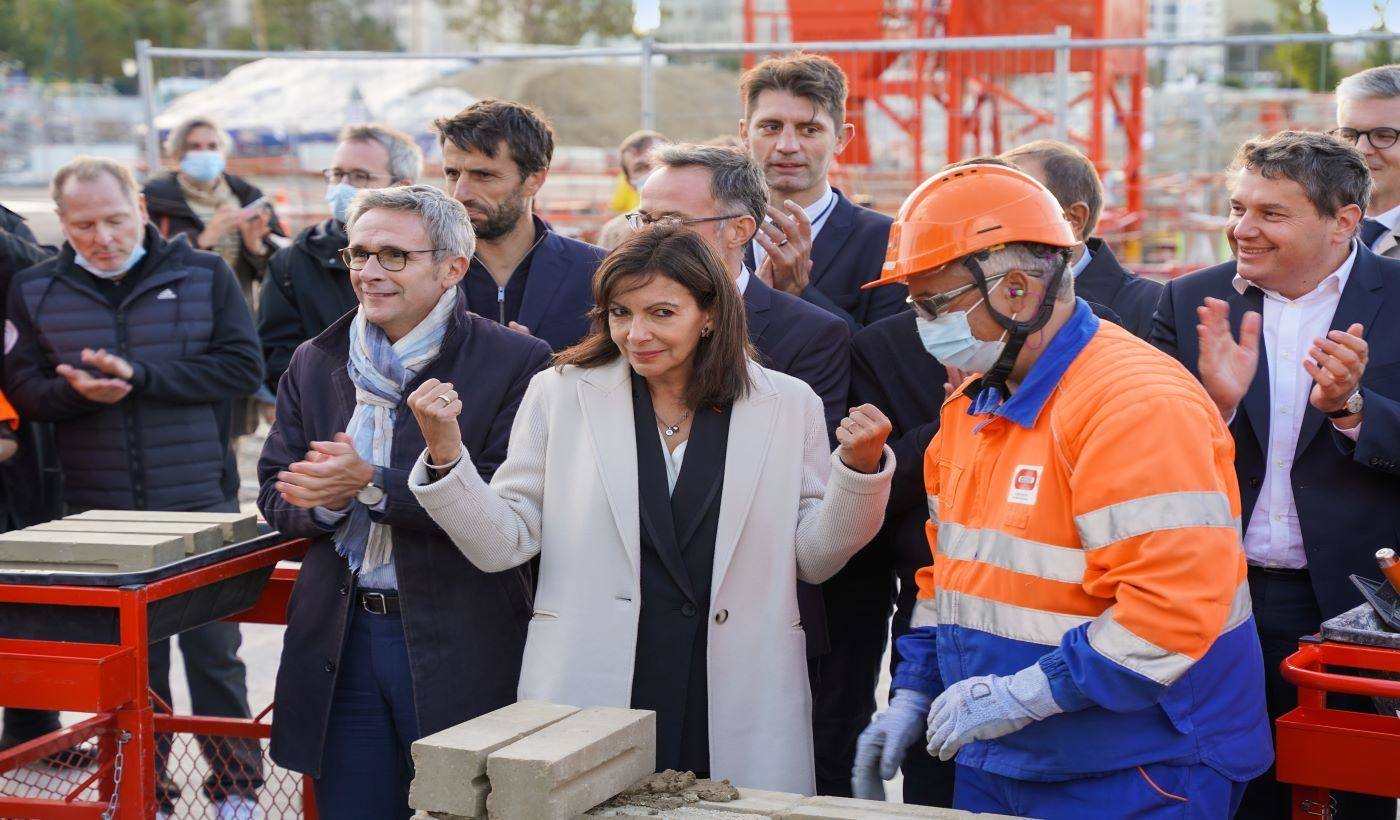 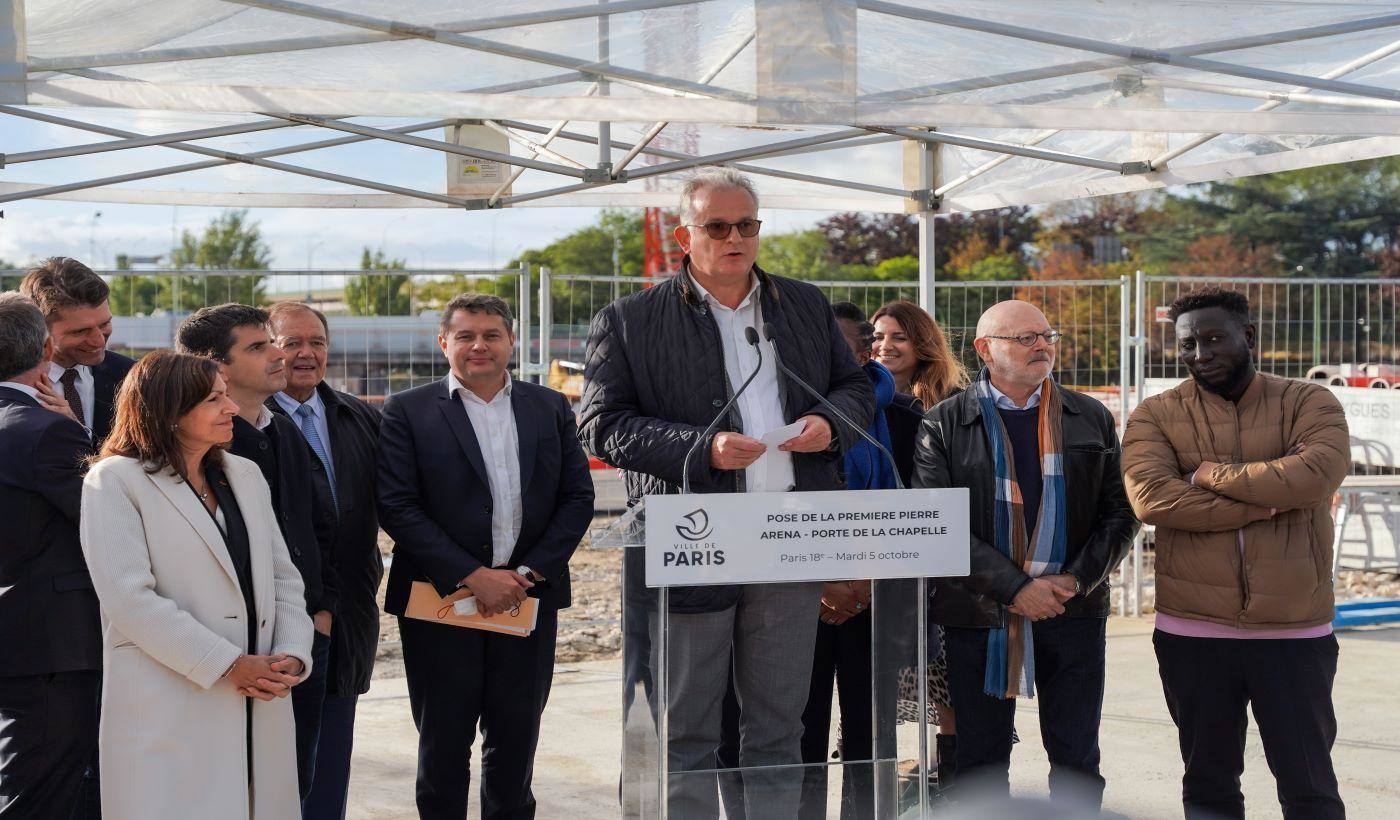 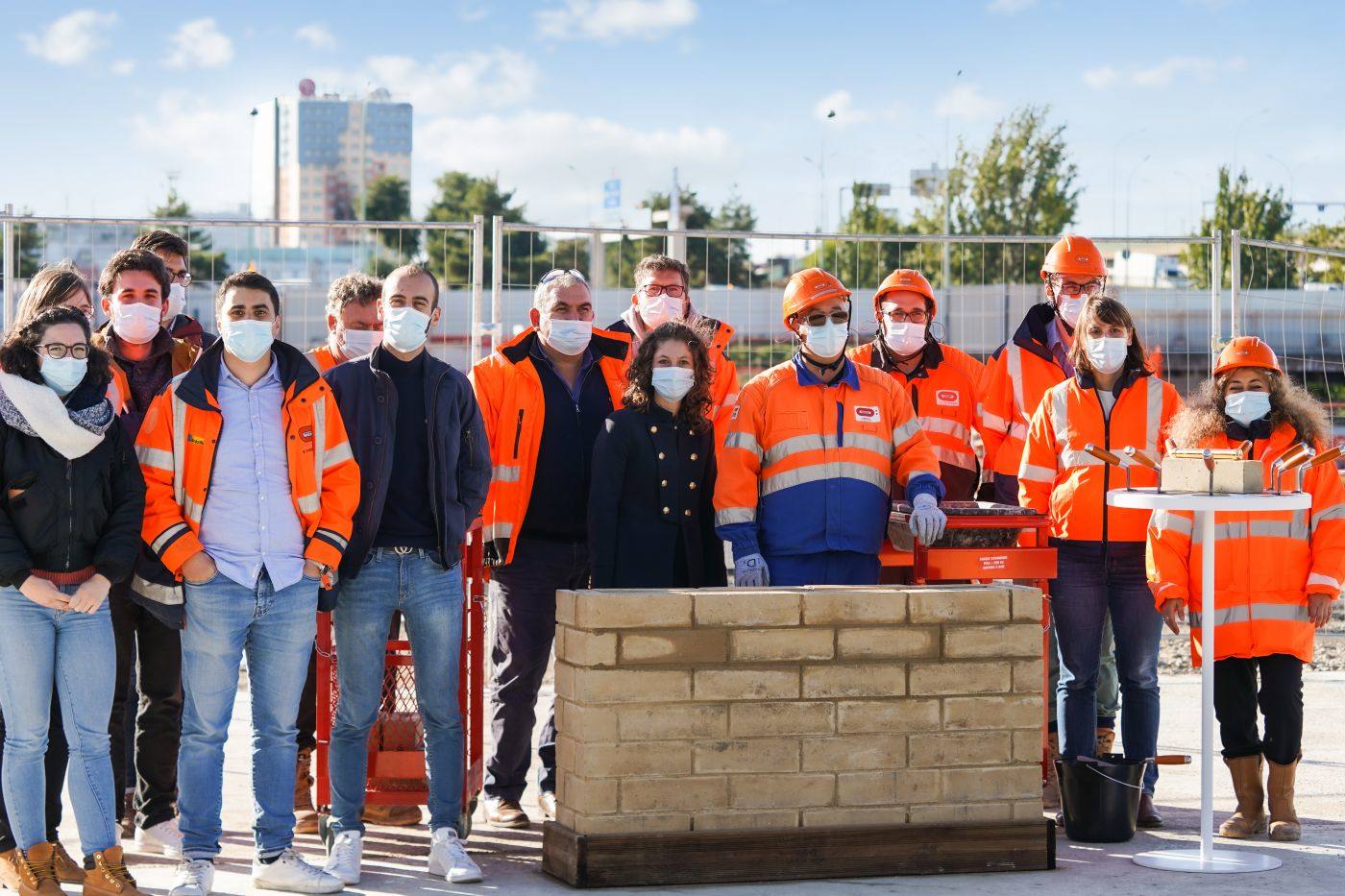 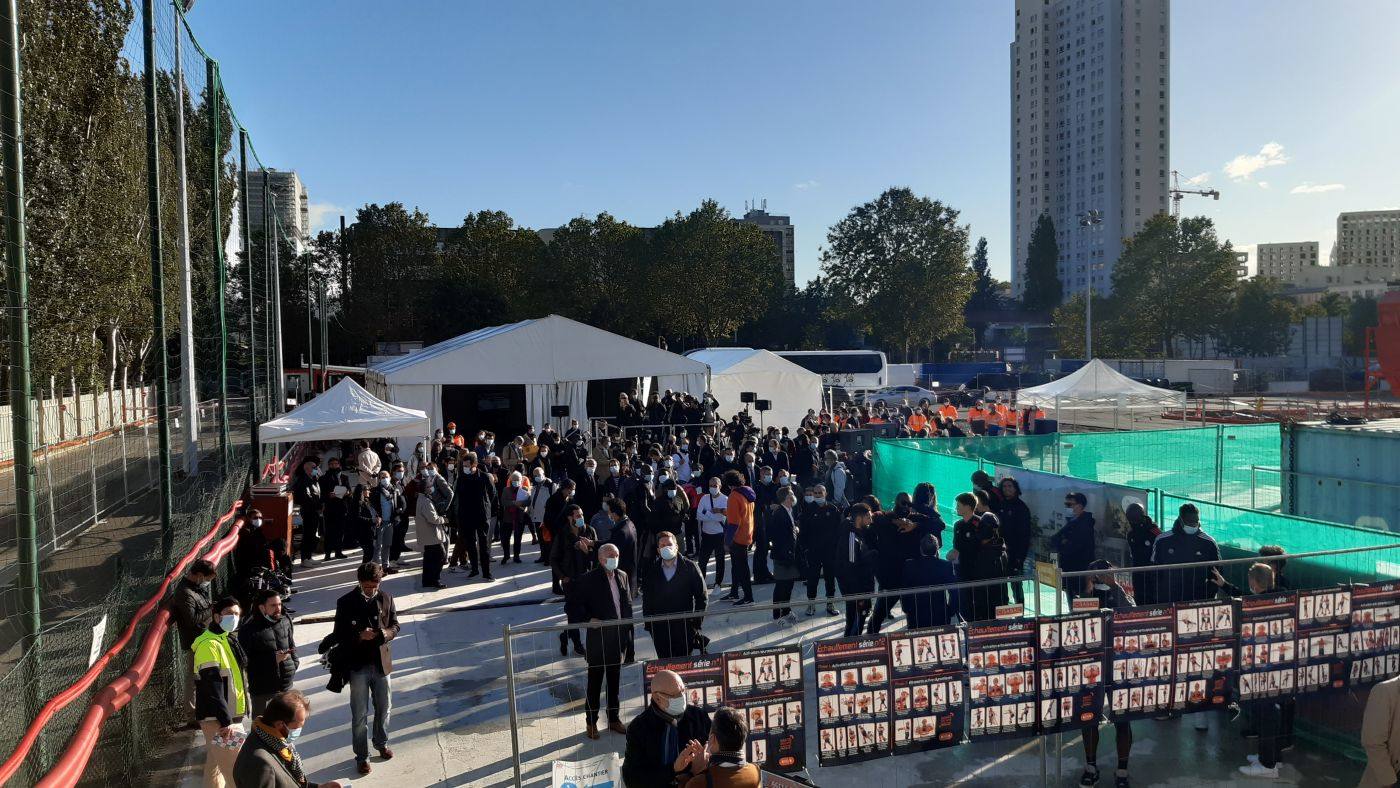