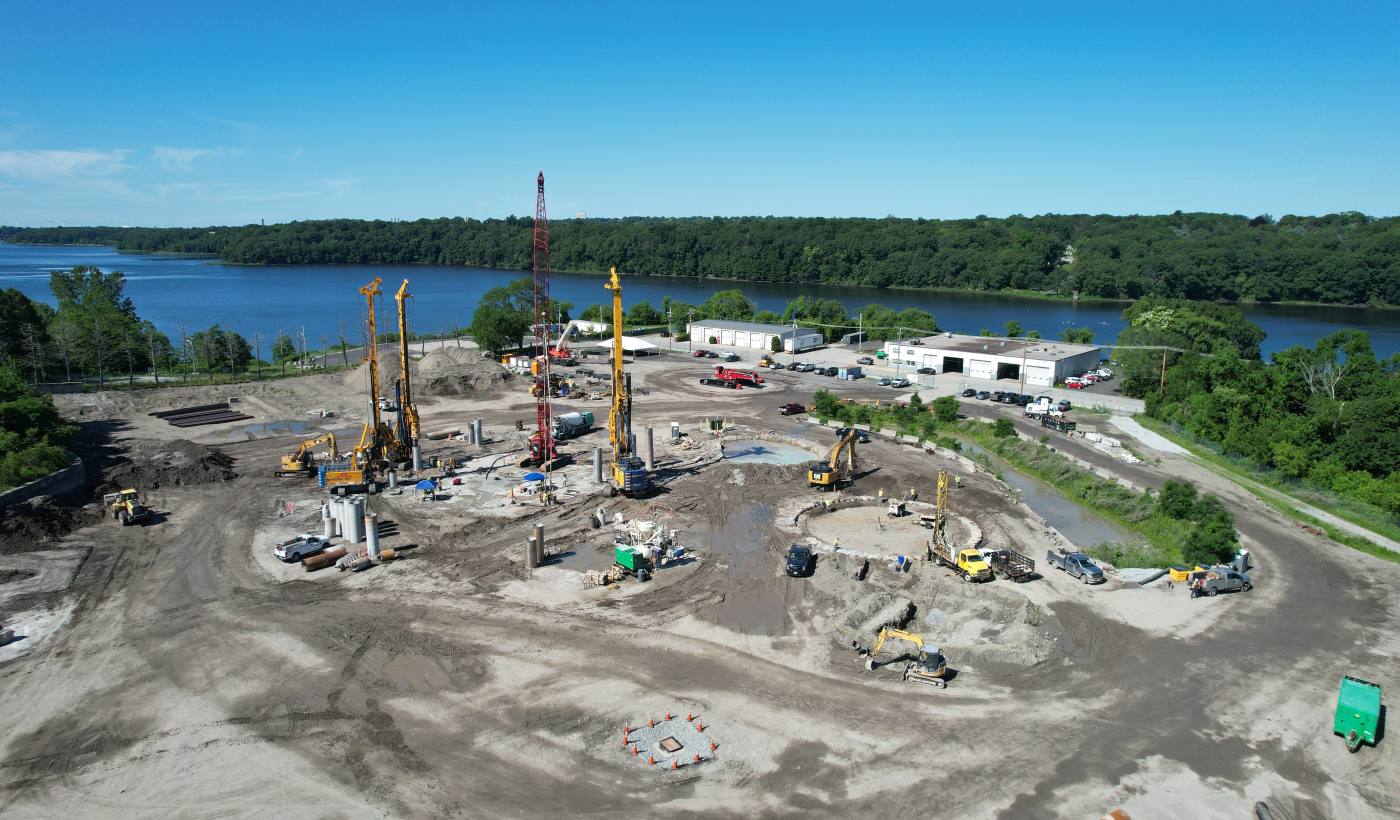 Live from the worksites
The Pawtucket tunnel: for a better water management in Narragansett Bay
By Victoria PARENT-LAURENT

As the digging of the Pawtucket tunnel has started, let’s go to Rhode Island in the USA! This design and build contract, awarded to Bouygues Travaux Publics in 2020, is part of a more global water management programme.

With marinas like Newport, emblematic islands such as Prudence, and iconic towns such as Providence, Narragansett Bay, in the Rhode Island delta about 75 km south of Boston, offers residents and tourists alike a truly picturesque setting. Located in Rhode Island, the smallest state in the USA, this iconic resort looks out onto the Atlantic Ocean. While it may look postcard-perfect, the bay is faced with some major water management challenges. In the event of heavy storms, it is currently impossible to collect all the rainwater in addition to wastewater and industrial water. This surplus, which cannot be stored, is therefore discharged directly into the bay without being treated, causing pollution.

To address this challenge, the Narragansett Bay Commission launched the programme to improve water quality in the area. This long-term project, begun 15 years ago, is divided into several batches, including the contract for the design and construction of the Pawtucket tunnel and its ancillary structures, awarded in 2019 to the CB3A joint venture, made up of Bouygues Travaux Publics via its American subsidiary CBNA and local company Barletta Heavy Division.

The Pawtucket tunnel project is the first part of phase 3 of this water management modernisation programme. In the same way as a storm water management pond (SWMP), the 3.5-km long tunnel will provide underground storage for storm water runoff, wastewater and industrial water before it is pumped to a water treatment plant. The structure will also collect all the overflows from Providence, the state capital located in the north of the bay which has around 180,000 residents. The Pawtucket tunnel will allow all the water in the bay to be stored and then treated.

It is a publicly supported project, the first two phases of which have had a significant impact on water quality in the bay. It is the biggest project underway in Rhode Island!

The main tunnel, which is 3.5-km-long and has a 9-metre internal diameter, will be cut along the Seekonk River using a tunnel boring machine specially designed to cut through a geological rock formation with widely varying resistance and abrasion characteristics.
The special feature of the project is the use of a dual-mode TBM for mixed use. It can operate either in earth pressure balance (EPB) mode or as an open-mode TBM (adapted to hard rock). Because it is faster and more efficient, the open mode is preferred by the teams on most of the sections. The earth pressure balance mode, on the other hand, is of interest in areas where there is a risk of water ingress, due to the proximity of the river.

The project also involves the excavation of three main shafts, one of which will serve as a pumping station and supply the existing treatment plant. The other two are the arrival and departure shafts for the installation and exit of the TBM. There will also be four drop shafts to collect water, as well as their connecting tunnels to the main tunnel. To build these approach structures, the teams are using more traditional excavation methods, explosives, favoured for very hard rock. This project, which calls for a variety of techniques, demonstrates the multiple expertise of Bouygues Travaux Publics and its teams.

Live from Pawtucket
The teams were first mobilised on the excavation of the tunnel-boring start-up shaft, used to install the TBM down to a depth of 40 metres. A major milestone has been achieved: the excavation of the main tunnel start-up began in October. Once this is completed, the site will be able proceed with the installation to accommodate the tunnel boring machine.
On the same topic :
Access all content :
Log in to view all articles, to comment, or customise your filters.
Log in
Read also :
Articles suivants