Previous article :
Drancy: a great example of energy renovation!
Next article :
The Pawtucket tunnel: for a better water management in Narragansett Bay 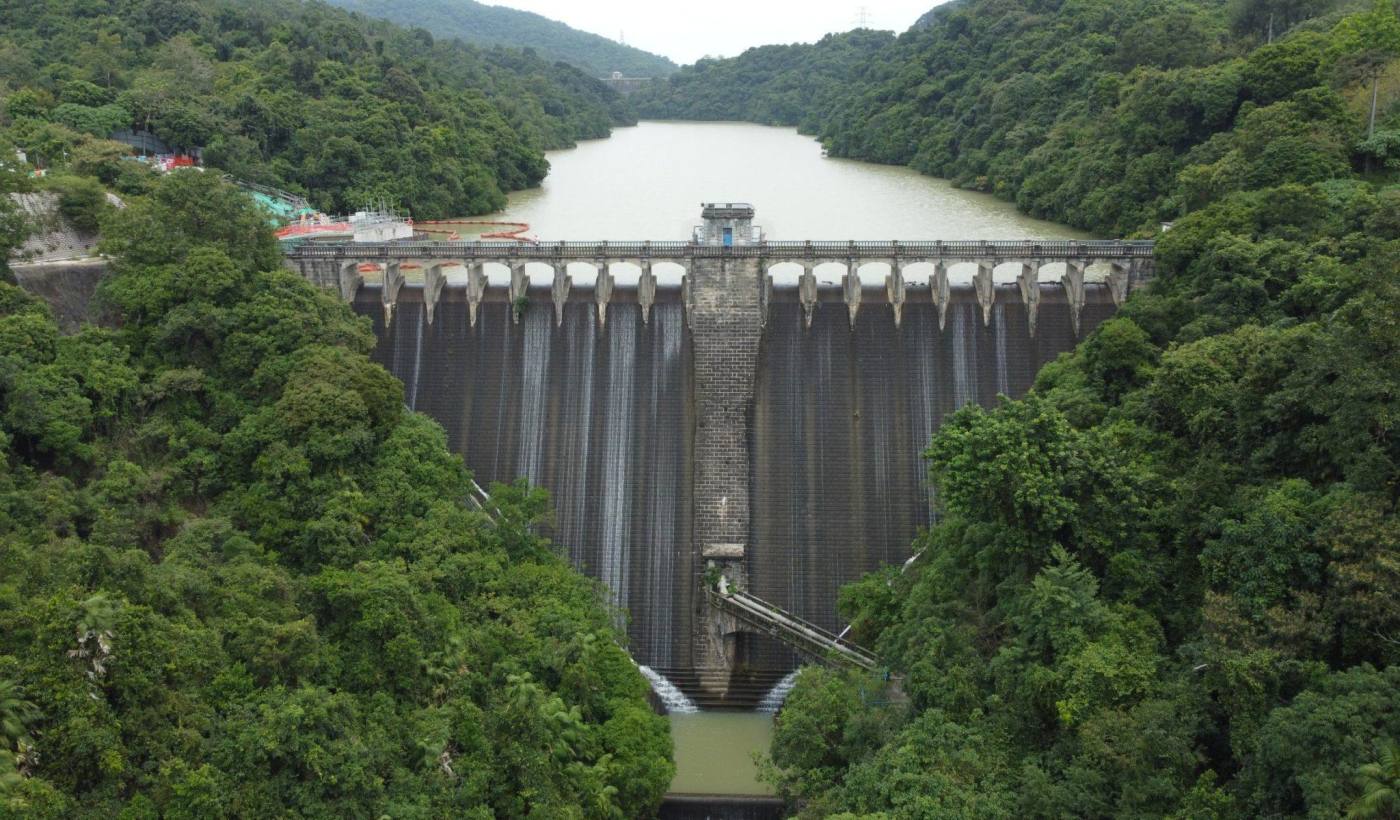 In mid-October, the open-mode double-shield tunnel boring machine which operated on the Inter-Reservoirs Transfer Scheme in Hong Kong, has finished its 2.9-km-long excavation journey! Focus on this key project for the area.

In 2019, Bouygues Travaux Publics has received the award of contract from Drainage Services Department of the Hong Kong SAR Government to build a fresh water transfer tunnel, the IRTS, in Kowloon and the New Territories.

This project is indeed of great importance for the local population in Kowloon, which is located in the northern area of Hong Kong. The area is highly populated and faces a risk of flooding during rainy season. As the Kowloon Byewash Reservoir (KBR) has a relatively small capacity of storage, the preserved rainwater would usually be discharged into the sea through a drainage tunnel when the reservoir reaches its limit. In order to prevent the risk of flooding and preserve vital water resources for public consumption, the rainwater will be redirected to a nearby existing reservoir with suitable capacity, the Lower Shing Mun Reservoir (LSMR), through a new fresh water tunnel. 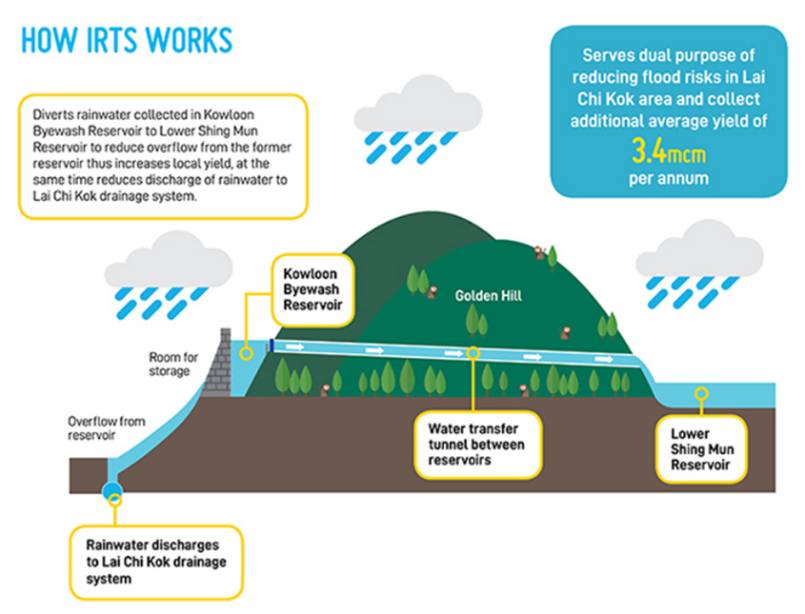 Therefore, this project includes the construction of a 2.9-km-long tunnel with a 3-metre diameter from the KBR to LSMR. It also comprises the construction of the intake and outfall structures at both ends of the tunnel. Both of them are an accessible reinforced concrete culvert box structure. They serve as the access point to the underground drainage system. The construction of the intake structure has started in early January 2021, with the casting of base slab element. This phase, which focused with the construction of wall elements, has been completed by August 2021. Afterwards, the installation of the mechanical penstock water flow control system has been carried out. The temporary steel cofferdam water-resisting structure, which secures the progress of works at KBR and mitigate the key risk of flooding due to a raise of water level at this reservoir, has been completed in time within dry season in 2021 just as planned. 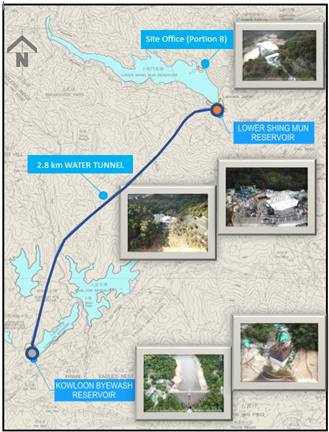 The end of tunnelling activities

To build the fresh water tunnel, the alternative of using a TBM was considered and adopted instead of conventional excavation methods. Since the tunnel is adjacent to the existing reservoirs, vibration caused by construction is one of the main concerns in this project. Therefore, another method, such as drill and blast tunnel excavation, was forbidden in accordance to project particular specification. Secondly, in terms of logistic and tunnelling operation, with the internal diameter of the tunnel being of only three metres, the logistics to transfer and dispose the supplies and excavated materials for TBM operations is another key challenge in the reservoir area.

The TBM excavation started in mid-August 2020. As it is a double shield TBM, the project team conducted the installation of precast concrete segmental lining efficiently in parallel with the tunnel excavation. The TBM, named M-2500, thanks to its multifunctional use as gripper, single-shield and double-shield modes, enables to work under instable rock condition and has an excavation rate of approximately 400 meters a month.

Another major element is the precast concrete segments. These were built in Shenzhen, China, and then transported to the worksite, at temporary storage yards in New Territories area. Fabrication of thousands of precast segments started in October 2019. The final manufacturing came to an end in July 2021. Once the casted segments were delivered to the worksite in the LSMR, they were transferred ultimately through electric driven locomotives into the TBM for installation. 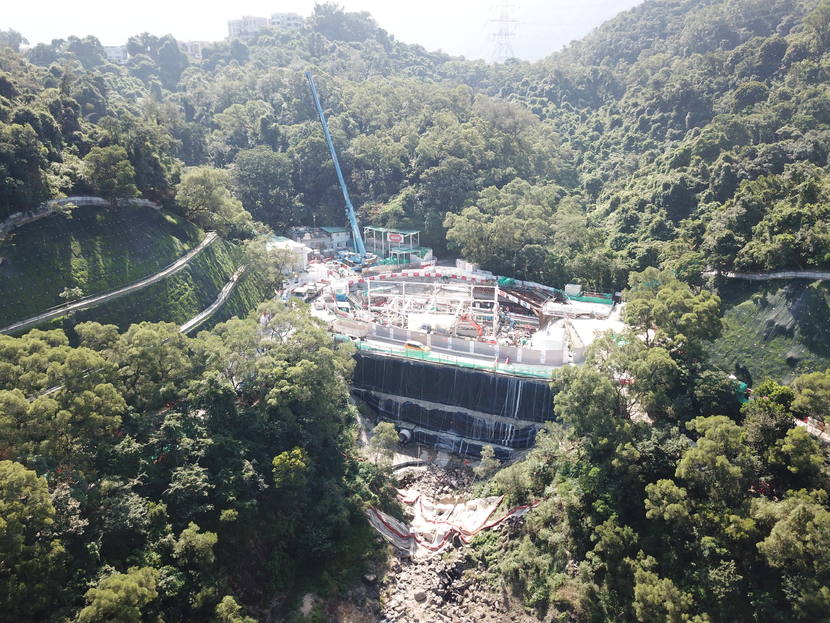 Because of its location, the KBR brings various challenges. Indeed, the end of the tunnel section is adjacent to the water dam as well as a valve house, which are both historic and classified structures. In order to protect the dam, and in compliance with the allowed vehicle load limit up to five tonnes, the worksite is equipped with a roof crane to facilitate the logistic arrangement by vehicles with specific weights.

Another construction constraint of the Inter-Reservoirs Transfer Scheme project is the water management. A double layer silt curtain has been installed in front of the reservoirs at the KBR and the LSMR, outside earth bunds. This environmental measure is one of the mitigations proposed by the project team to secure water quality of the reservoirs from the worksites. 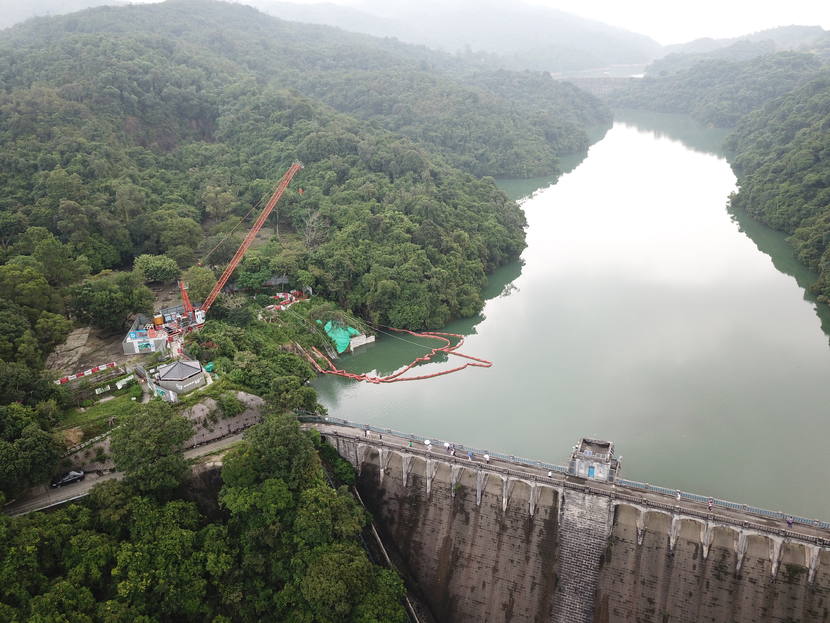 Last summer, the TBM pursued its journey when arriving at the steel cofferdam structure located at the KBR. The construction of the temporary steel cofferdam was another technical challenge of the project. This temporary infrastructure is essential to reduce the risk of flooding the site area, which has to be built before the end of dry season. The cofferdam securely houses the TBM, the tunnel and the worksites by separating them from the water in KBR. A last mission for the TBM? Its breakthrough in mid-October which marked the end of its 2.9-km-long excavation journey!

Congratulations to all the teams for their dedication and their big
achievements!

Did you know?
The Inter-Reservoirs Transfer Scheme is a TOPSITE labelled worksite! This label ensures that the project team is responsible to implement and maintain the worksite’s sustainable development. The key actions towards sustainable development are audited regarding five themes, which are Health & Safety, Environmental, Quality & Customer Satisfaction, Social, and Society.
On the same topic :
Access all content :
Log in to view all articles, to comment, or customise your filters.
Log in
Read also :
Articles suivants