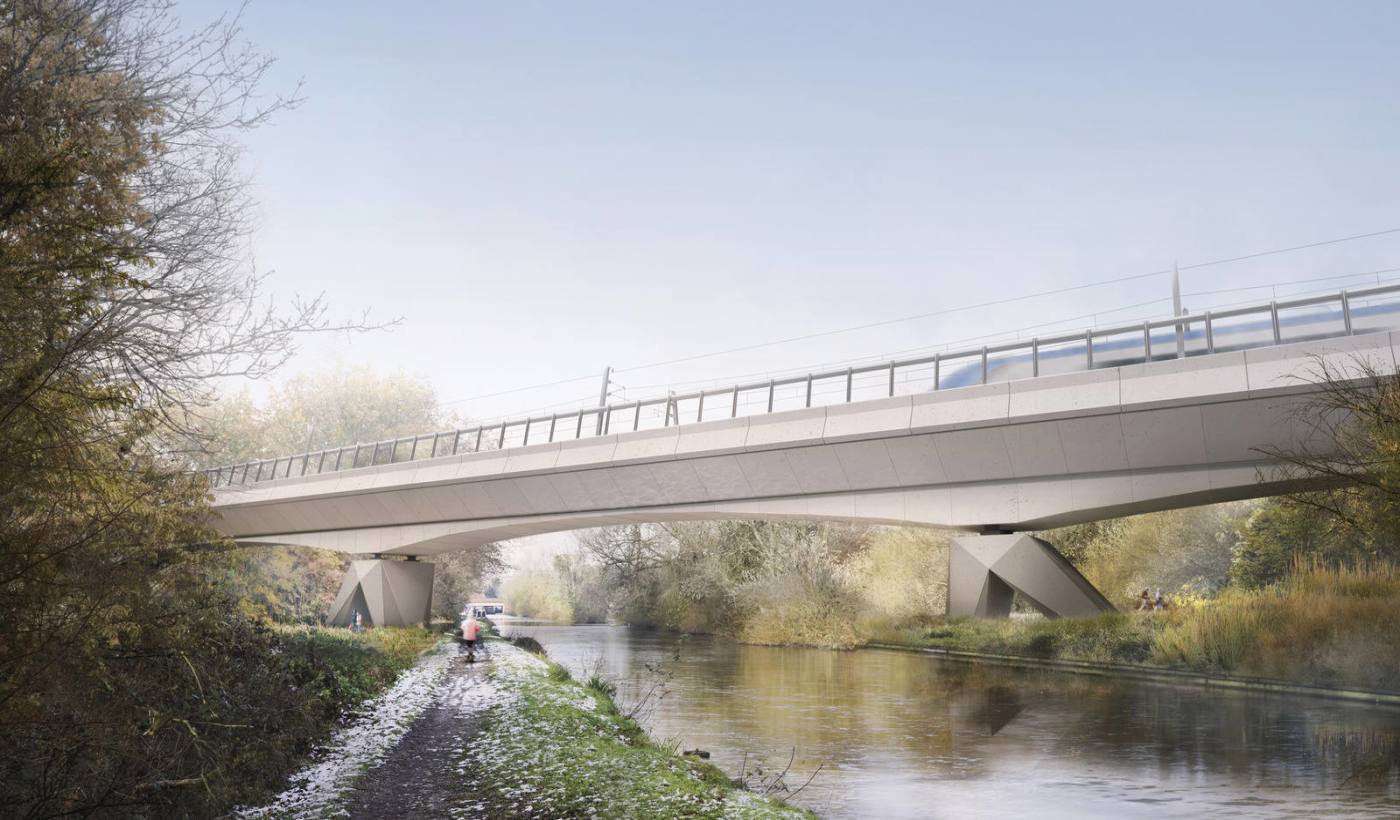 VSL UK has been selected by the Align JV for the erection of the deck and the post tensioning of the Colne Valley Viaduct (CVV), which at 3.4km in length and with spans of up to 80m, will be the longest rail bridge in the UK.

The High Speed 2 (HS2) Phase One project is currently one of the largest infrastructure projects in the UK, connecting around 30 million people between London the Midlands and the North, with high speed rail. It will open between 2029 and 2033, stretching over 134 miles and will carry trains at more than 200mph along the line, crossing more than 10 miles of viaducts and passing through 64 miles of tunnels in doing so.

The design of the viaduct is influenced by the surrounding landscape of parks, reservoirs and the Grand Union Canal, and will resemble a flight of stones and pebbles skimming the waterways it crosses.

With its extensive experience in the erection of segmental bridges, VSL will undertake the erection of the viaduct’s deck and post-tensioning. Protection Level 3 – the highest protection level for post-tensioning systems – will be integrated into the implemented VSL PT system; PL3 also enables monitoring of the leak-tightness of the tendon’s encapsulation. This is achieved by measuring electrical resistance, both during assembly and throughout the service life of the tendon. Regular measurements allow early detection of critical sections where the encapsulation may have been damaged, enabling maintenance operations with surgical precision.

The viaduct substructure is being built by the HS2 main works contractor for the Central 1 Package of HS2 Phase One, Align a joint venture that includes Bouygues Travaux Publics, Sir Robert McAlpine, and VolkerFitzpatrick. Over the next year Align will continue to construct 292 piles in the ground to support the viaduct piers. Align has subcontracted the placement of the deck precast segments to VSL using a launching gantry, with the first segments to be placed later this year.

Completion is expected in 2024.