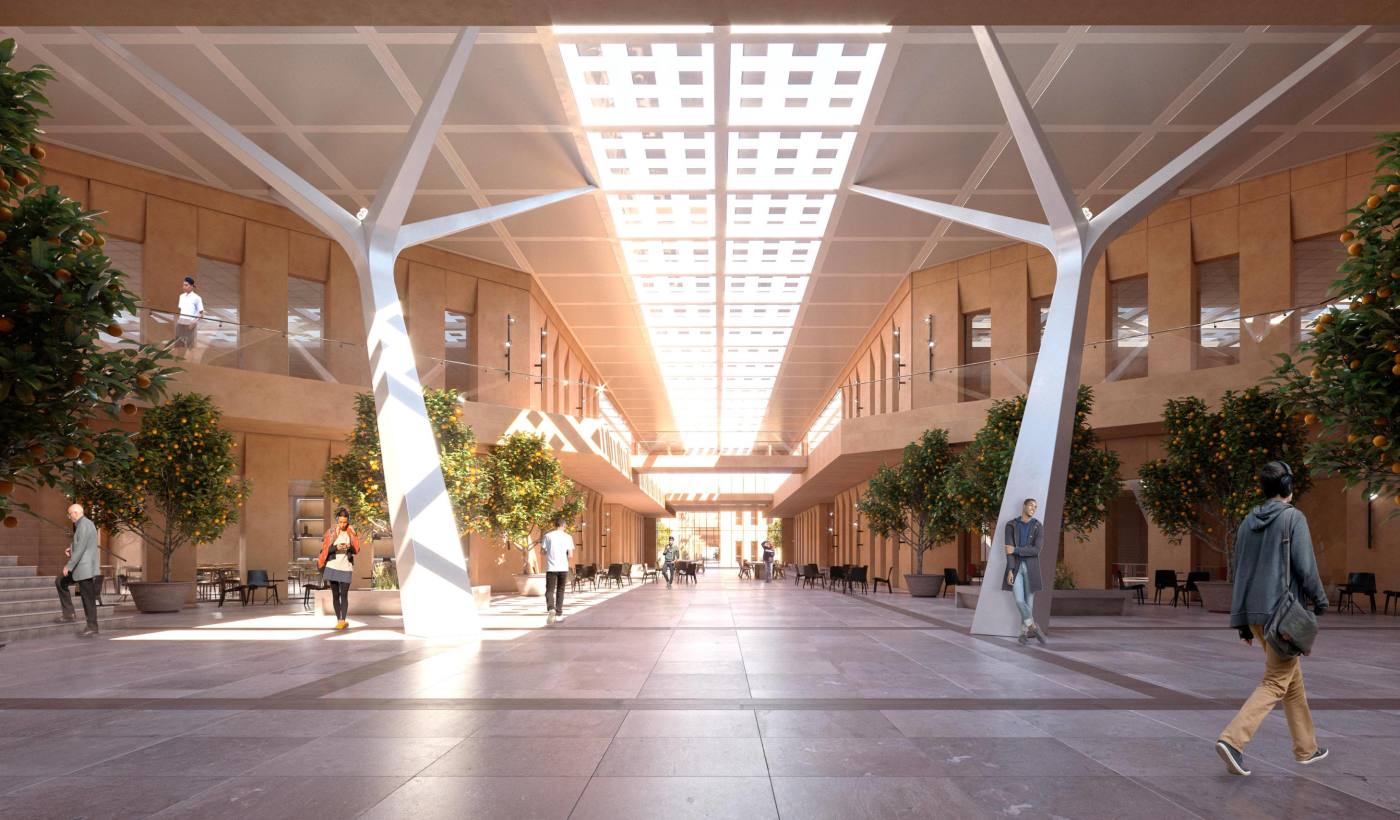 Live from the worksites
A fast-track challenge for BYMARO

Three months after the notice to proceed, the structural work is already almost 57% complete. That’s quite a feat for BYMARO’s teams given the scale of the project: the contract, signed at the start of the 2021 academic year, covers the construction, including all fixtures and fittings, of the university's Science and Technology Centre, which will consist of 9 buildings, offering a total surface area of 85,000 m². When the new university year begins in 2022, the campus will offer administrative areas, conference rooms, specialised teaching laboratories (geology, chemistry, nano-engineering, etc.), offices and research facilities.

The distinctive feature of the project lies in its volumes (two-storey buildings on a very large site requiring the use of 15 cranes) and its execution schedule (barely 10 months). In December, 1,285 people were already working on the project, all trades combined. 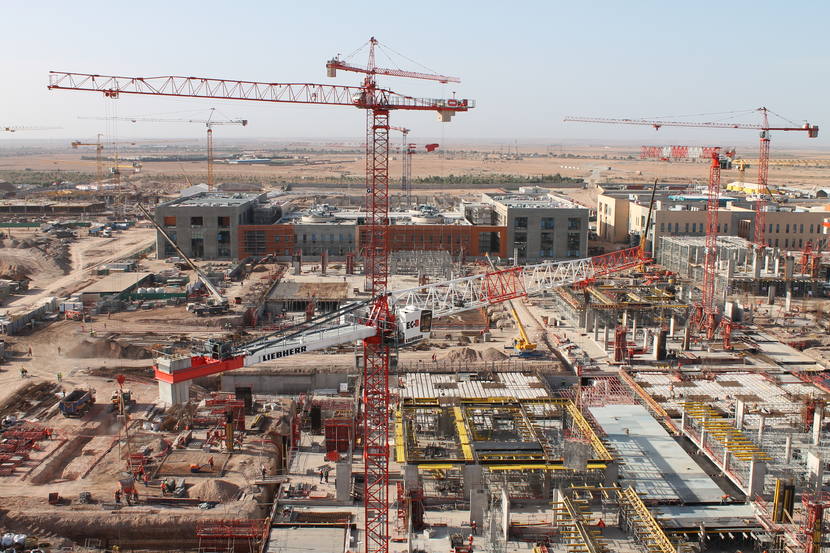 The distinctive feature of the project lies in its volumes (two-storey buildings on a very large site requiring the use of 15 cranes) and its execution schedule (barely 10 months).

To meet the extremely tight deadlines, BYMARO's teams had to demonstrate great agility: work was mobilised in record time, the main subcontractors and suppliers were quickly identified on the basis of their reliability and ability to stick to schedules, and a LEAN Management approach was put in place as soon as the contract was signed. In this context, BYMARO's teams’ perfect knowledge of the Moroccan construction ecosystem and their unfailing commitment were key assets.

With this new scientific and technical centre, the aim is to make Benguérir a centre for excellence in the field of research, innovation and training for Morocco and, more broadly, for Africa as a whole. The campus, which also includes a Humanities, Economics and Social Sciences centre and a Business centre, aims to accommodate 6,000 students and 400 teaching and research staff within a few years. It will be an incubator for talent, which may encourage industries to set up there in the coming years and thus make the city a symbol of tomorrow’s Morocco.