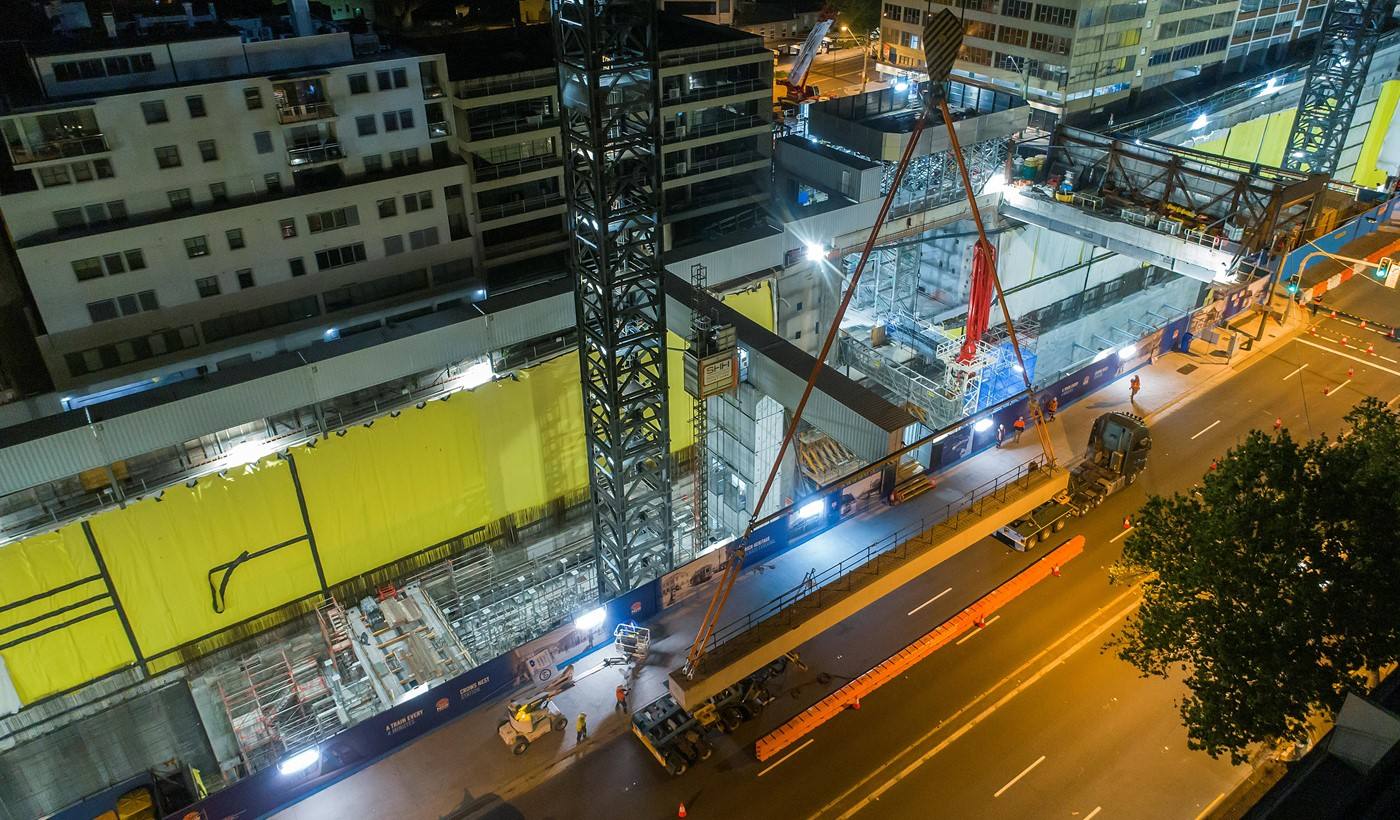 Live from the worksites
Crows Nest Station: a controlled worksite

Teams from A W Edwards, the Australian subsidiary of Bouygues Bâtiment International, have completed the platform level of the future Crows Nest station in Sydney

In ten months, and despite health restrictions, the waterproofing was completed, the base of the internal stairwell was built, the first nine metres of the station's perimeter walls were completed and more than 70% of the prefabricated beams and planks were installed to form the platform level and the level of the technical rooms. 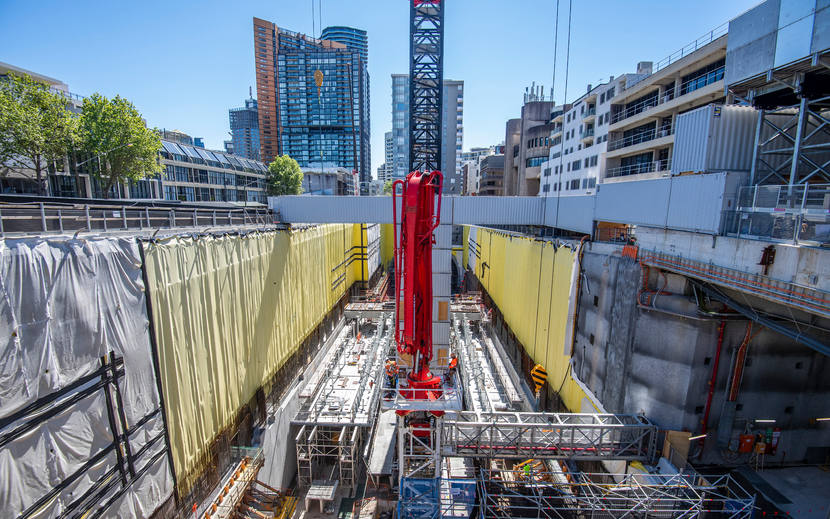 In ten months, the waterproofing was completed.

Underground work continues with the goal of beginning construction of the aboveground component of the station in May. The next step will then be to equip the station with various services, walls, interior cladding, and prefabricated panels that will form the station hall.