Previous article :
HS2: Align personnel welcome their family and friends to the South Portal
Next article :
P20 Piat: an inhabited greenhouse in the heart of the 20th arrondissement of Paris! 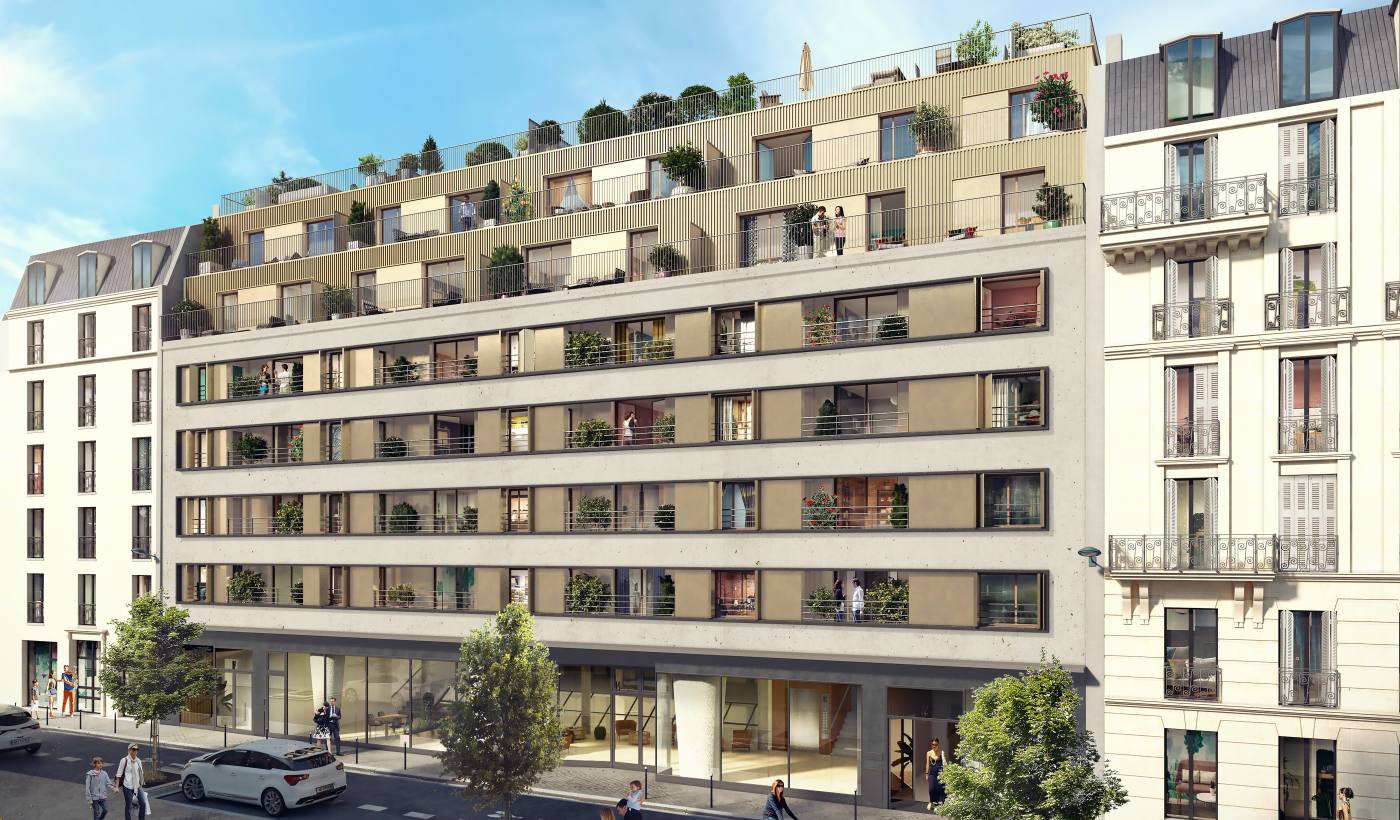 Live from the worksites
P18 Versigny: a new operation to transform a garage into housing!
By Sandrine RICHARD

At the beginning of June, Habitat Social teams signed a contract with COFFIM for the transformation of a parking lot into 51 housing units and offices.

The existing parking building was built in two stages (1956 and 1964). It is built on two parcels with a total surface area of 924 m². The building rises in a single block to R+6, crowned by a corrugated iron roof over its entirety. It consists of a ground floor, a basement and 4 floors in concrete structure corresponding to the facade in coated concrete visible street Versigny. On the concrete floor of the fifth floor, a metal frame and a corrugated iron roof are placed. The facade on the street is characterized by large horizontal glazed bands that give unity to the facade, which is nevertheless built in two parts.

The building's constituent elements will be preserved as much as possible with a constraint typical of this type of project: to create housing within a structure offering limited ceiling heights.

The operation consists of an elevation on the street and two extensions that complete the figure in the heart of the block, creating in their center a generous courtyard around which is wrapped, at all levels, a mesh creating an edge of intimate and qualitative outdoor spaces. The architectural writing is oriented around the enhancement of the existing facade by raising the concrete. The combination of champagne galvanized sheet metal cladding, folding and sliding shutters of the same nature and wood joinery complete this sober and generous palette.

26 months of work will be necessary.