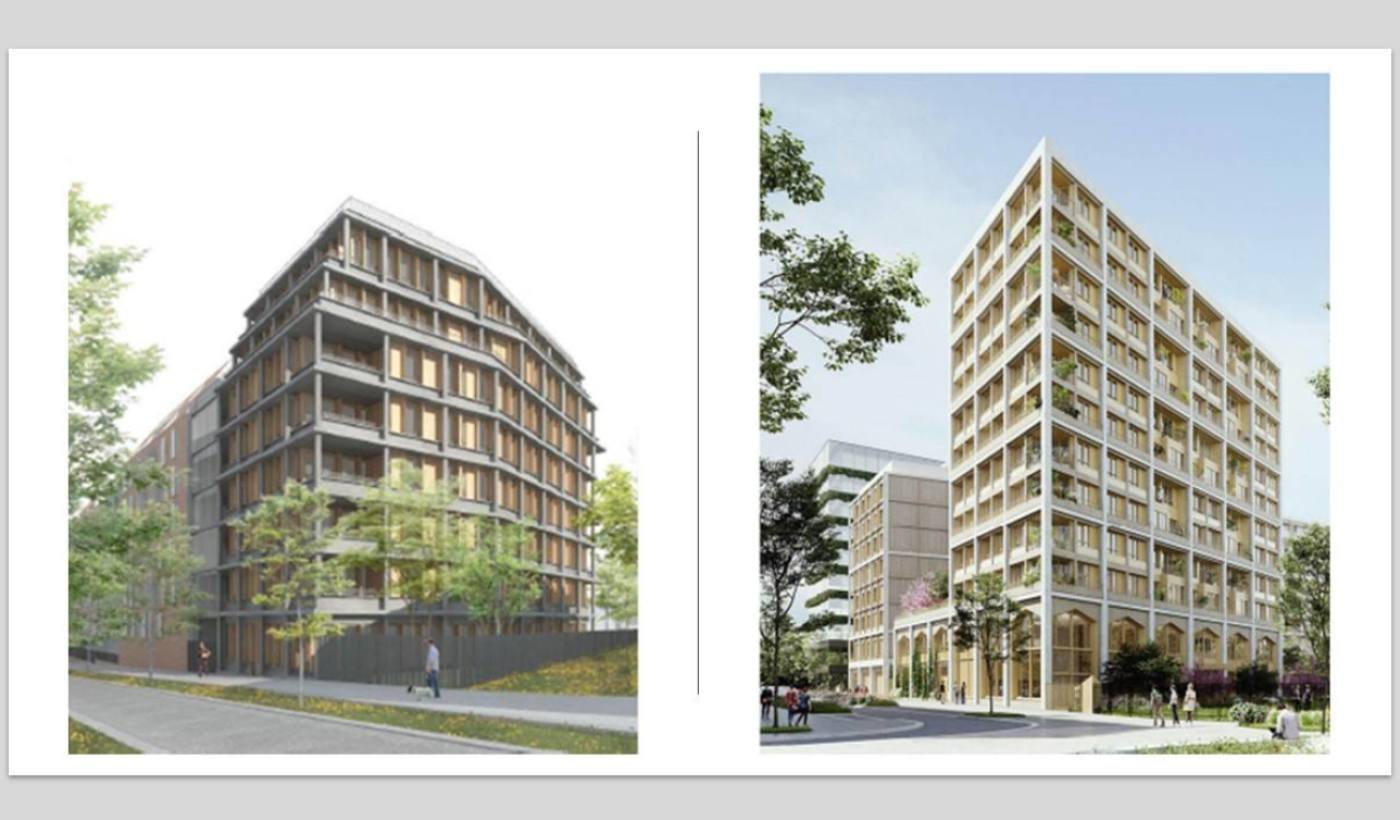 At the end of July, Habitat Social signed a contract for the construction of housing, a library and a student residence: P13 ZAC Paul Bourget.

The operation, entrusted by Elogie Siemp, constitutes phase 3 of the Paul Bourget ZAC located in the 13th arrondissement of Paris between the Boulevard des Maréchaux, the Avenue de la Porte d'Italie and the Boulevard périphérique. This ZAC, the creation of which was voted by the Paris Council in 2013, is being developed by SEMAPA in place of the Paul Bourget housing estate built as an emergency measure in the 1950s to house families.

The project concerns two distinct lots to be built at the same time: lot 9, designed by Nicolas Hugoo, concerns the construction of 36 social family housing units and lot 10/12, by LA Architectures, a library, 75 housing units and a student residence.

The dwellings of lot 9 will be developed on 8 levels with a facade of architectural concrete tinted in the mass and reinforced with wooden structures. The overall volume of the building will be similar to that of a prism. The last two levels will be progressively recessed with the emphasis on a strong presence of glass walls to allow natural light to circulate internally.

As for lot 10/12, it concerns the construction of a student residence of 75 rooms in R+7 with a wooden facade and another building with, as a base, the Virginia Woolf library in arcades on 2 levels with a surface of approximately 1,000 m2 SDP then family housing going up to R+11 tramé by 2 levels. The 2 buildings will be linked by an identical framework and materiality: a grid of offset facade in concrete/beige stone and metal elements in golden tones slightly recessed.

Within the framework of the Climate Air Energy Plan of the city of Paris, the project will have to reach a maximum consumption of 50 kWhep/m2 shon RT/year, produce renewable energy and be labelled E3C1. In addition, the operation will be certified NF Habitat HQE (housing lot 10/12), BDF approach (library) and Prestaterre BEE+ (housing lot 9). The program of works is virtuous from the point of view of carbon neutrality by providing several heating systems (such as a water/air heat pump, a geothermal heat pump, a gas cogeneration module in experimentation with GRDF), and the use of bio-sourced materials including wood, and the implementation of an interior insulation based on plant fibers.

27 months of work will be necessary.