Previous article :
Cairo metro: phase 3A of line 3 has been delivered!
Next article :
VSL has successfully completed the maintenance works in Vandellos II, Spain 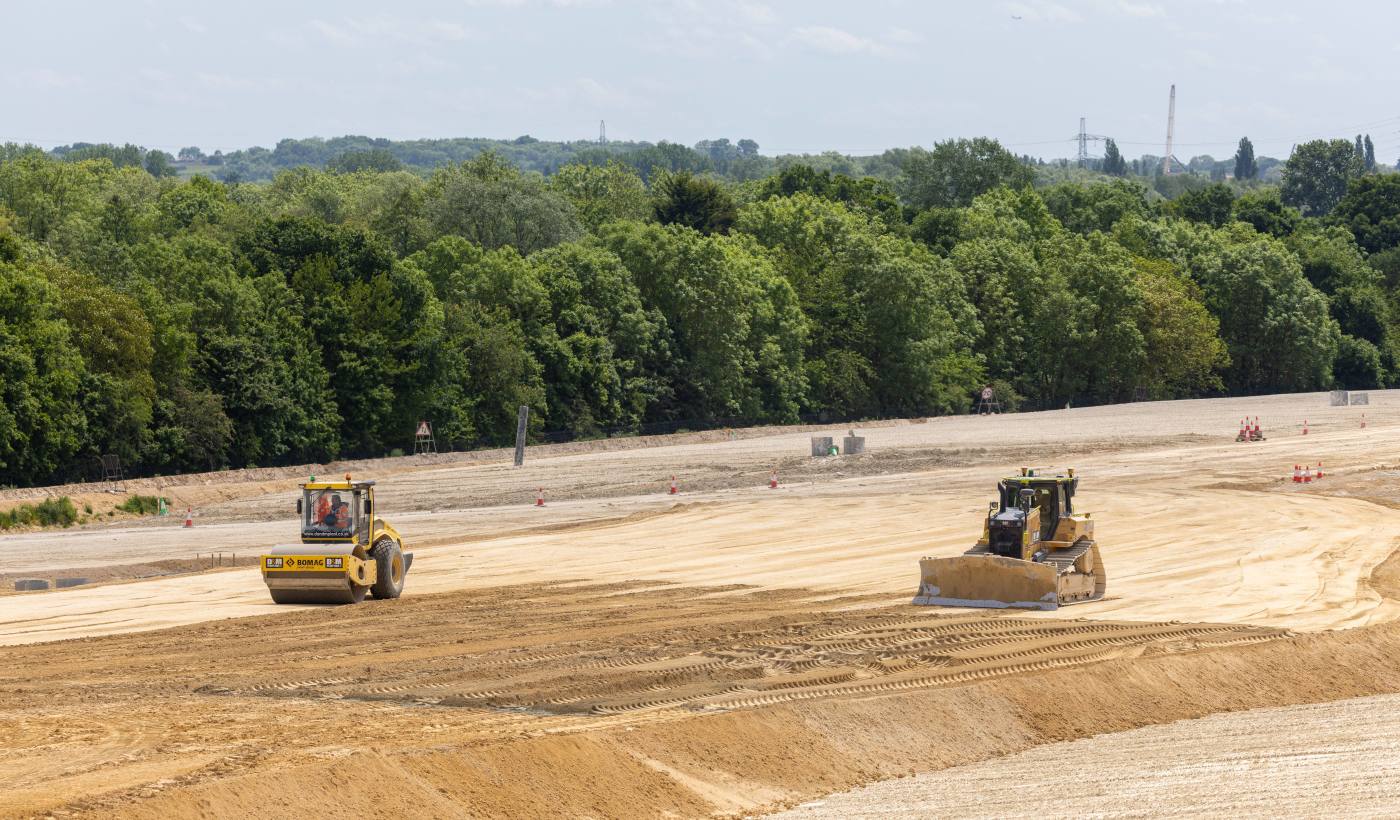 Align teams reached a new milestone few days ago on the C1 stretch of the high-speed rail line HS2, in UK, with the celebration of the first million cubic metres of chalk laid as port of Chiltern grassland transformation. Discover more in the news!

Align, the joint venture that includes Bouygues Travaux Publics, Sir Robert McAlpine and VolkerFitzpatrick, is constructing HS2’s longest tunnels stretching 16km under the Chilterns Hills in the UK. Chalk excavated from the tunnels is being used to landscape Align’s South Portal site which is set to become a 127 hectare wildlife haven featuring new chalk grassland, woodland, wood pasture and wetland habitats. Chalk grassland – a type of calcareous grassland – is a habitat of international conservation importance mainly found on limestone and chalk downlands of south-east England and the Isle of Wight.

Transformation of what is HS2’s largest construction site has reached a major milestone with the first million cubic metres of chalk having been laid on site.

The ambitious environmental project will eventually see 2.6 million cubic metres of chalk excavated during the construction of the Chilterns tunnels used to create one of the largest areas of chalk grassland in the Chilterns hills