Previous article :
Completion of the gravity-based foundations for the Fécamp offshore wind farm!
Next article :
VSL is working on Germany’s longest stay-cable bridges 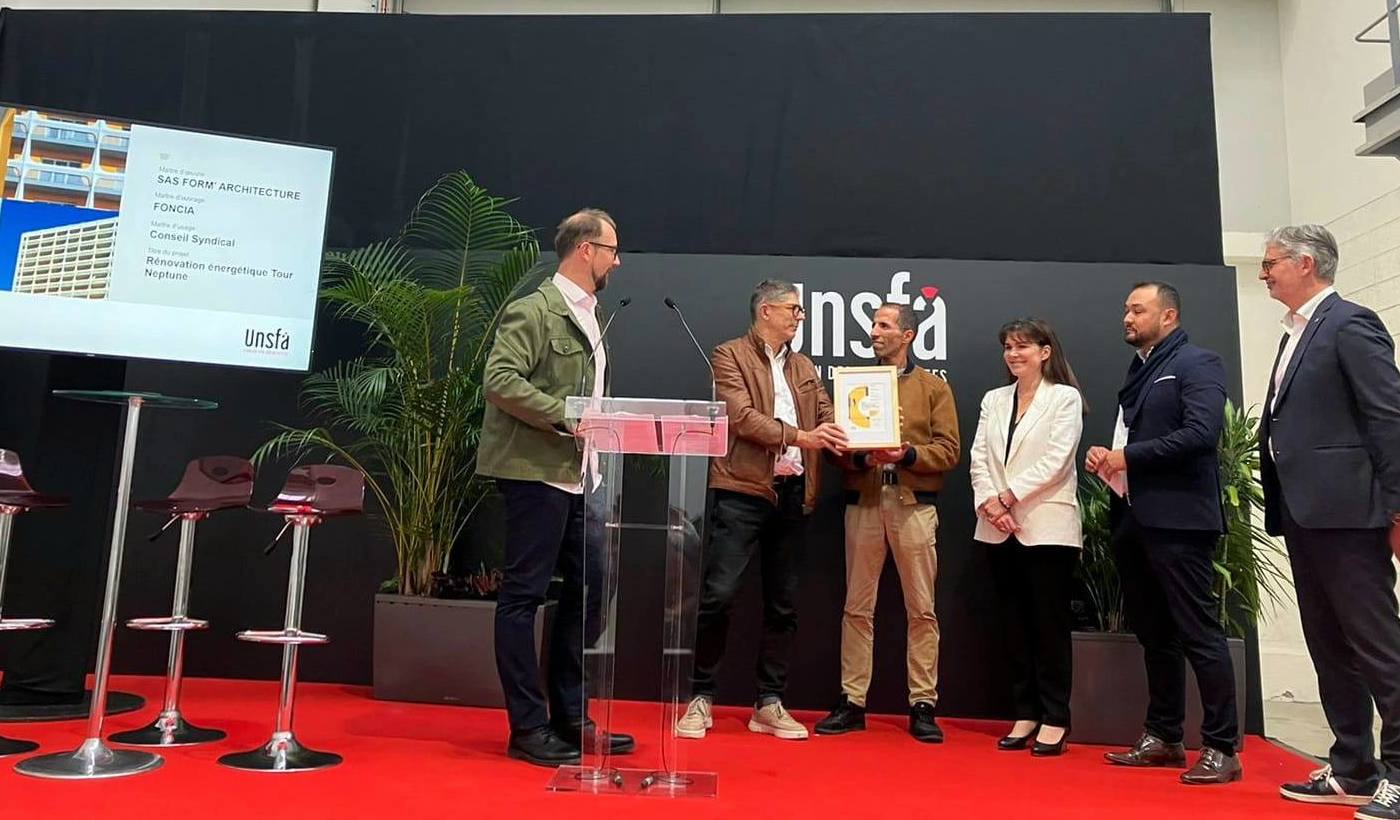 Live from the worksites
CITIZEN PROJECT JURY AWARD FOR THE NEPTUNE TOWER!
By Sandrine RICHARD

On Friday, October 21, the rehabilitation project of the Neptune Tower in Mantes-la-Jolie won the Citizen Project Jury Prize!

Each year, the Citizen Project Prize rewards the actors of a real co-production process where the inhabitants and users have actively participated in the operation, where the project owner has been able to gather all the energies and the architect to integrate all this dynamics in the design of his project.
The projects selected for the competition are representative of a dialogue between the client (local authority, private client, neighbourhood committee, association), the user (user, inhabitant, resident) and the project manager (represented by the architect with the possible support of partners, such as a landscaper, urban planner, scenographer).
This prize was awarded during the Architects' Congress held in Le Havre, a congress organized by the Union Nationale des Syndicats Français d'Architectes (UNSFA).
As a reminder, the owners of the Neptune Tower, a condominium classified under the Plan de Sauvegarde by prefectural decree, and then integrated into the ORCOD-IN of Val Fourré, had entrusted Habitat Social via their trustee, Foncia, with the rehabilitation work, in design-build, of the 72 dwellings, with a 15-year energy performance contract (ENERCHAUF).

In only 9 months, the building envelope was insulated, the electricity, heating, ventilation and common areas of the residence were redone.

Only the painting of the lobby and common areas on the ground floor could not be included in the work program for budgetary reasons. The Habitat Social production team was mobilized, just before the reception, to repaint these last walls and to surprise the co-owners.