Previous article :
HS2: Align completes the viaduct span across a busy local road!
Next article :
A mobile connection at the top with Axione! 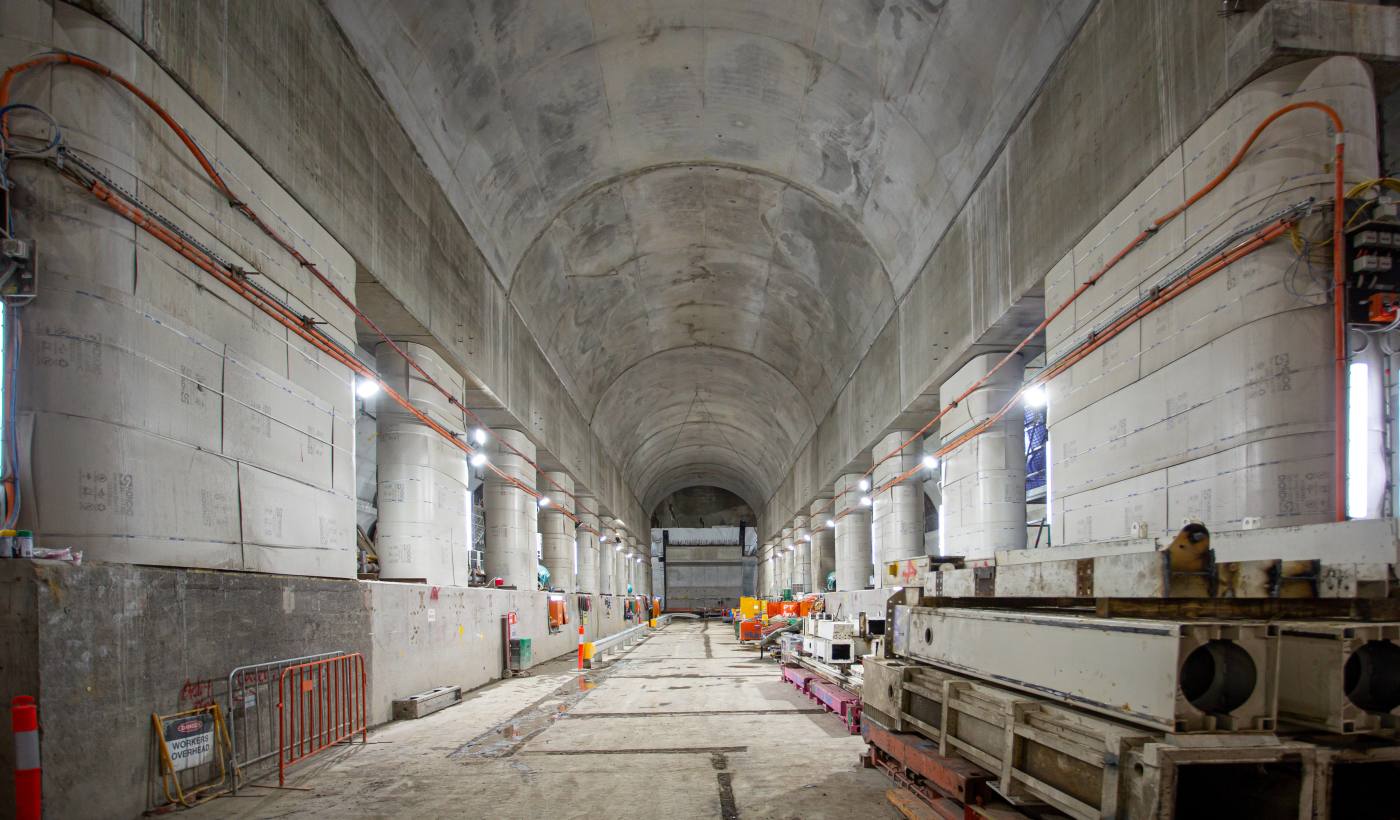 Bouygues Construction Australia is proud to be delivering of one of the biggest public transport projects in Victorian history that will create a new end-to-end rail line across Melbourne with bigger and better trains, next generation signalling technology and five new stations.

The team on the Metro Tunnel has recently reached significant milestones and achievements on the project. The different components and five stations of the project are progressing towards completion:

•  Arden Station continues to take shape with the last of the precast façade panels recently installed on the station entrance building. Fit out works on the station are underway, with a recent shift in focus to installing some of the station’s finer architectural finishes.
• The spotlight is currently on construction of Parkville Station’s Grattan Street main entrance, with the steel supports been welded together and will be lifted into place in the coming days.
• The first of the A/Beckett cavern arch concrete pours started at State Library Station, where the arch formwork was pre-assembled off site in five modules that were later installed onto the rail-based support structure inside the adit. The rail-based support is the structure along which the formwork will move to help facilitate future pours.
• With two new tower cranes now operational on Swanston Street, works can commence to remove the City Square’s famous ‘rainbow shed’ at Town Hall Station
• Subsurface landscaping works are underway at Anzac Station with the recent installation of strata vaults on the tram/train interchange platform. 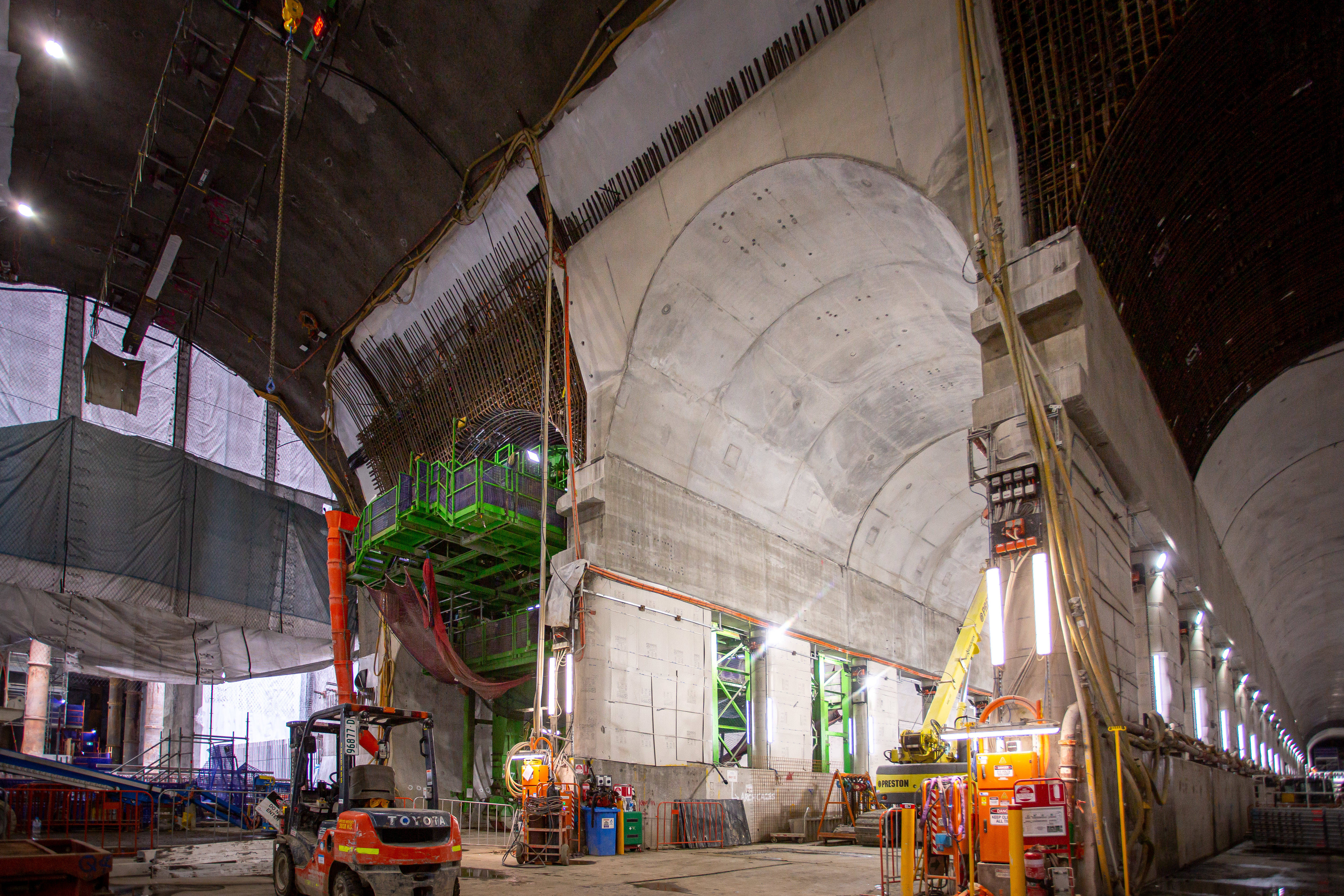 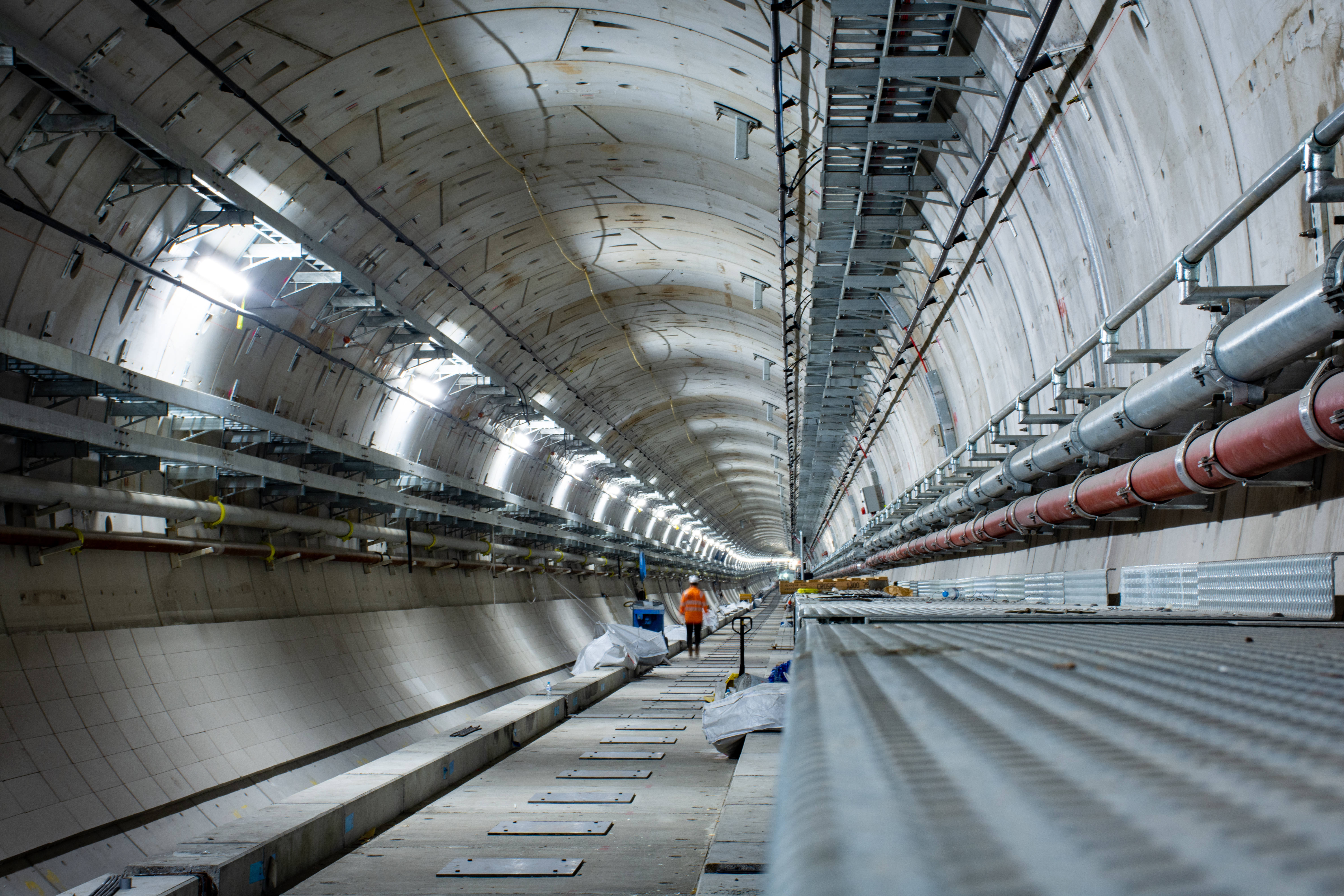 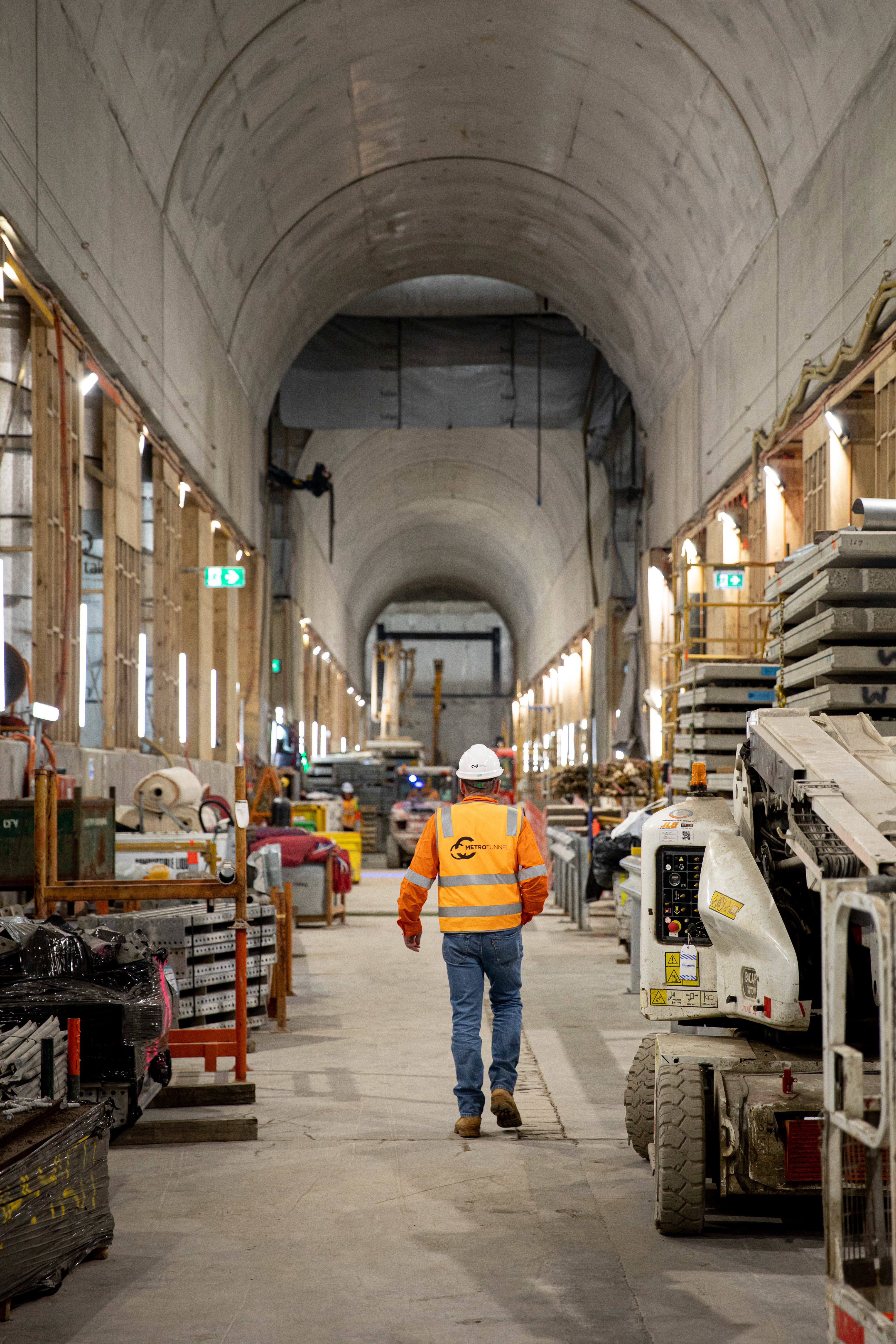