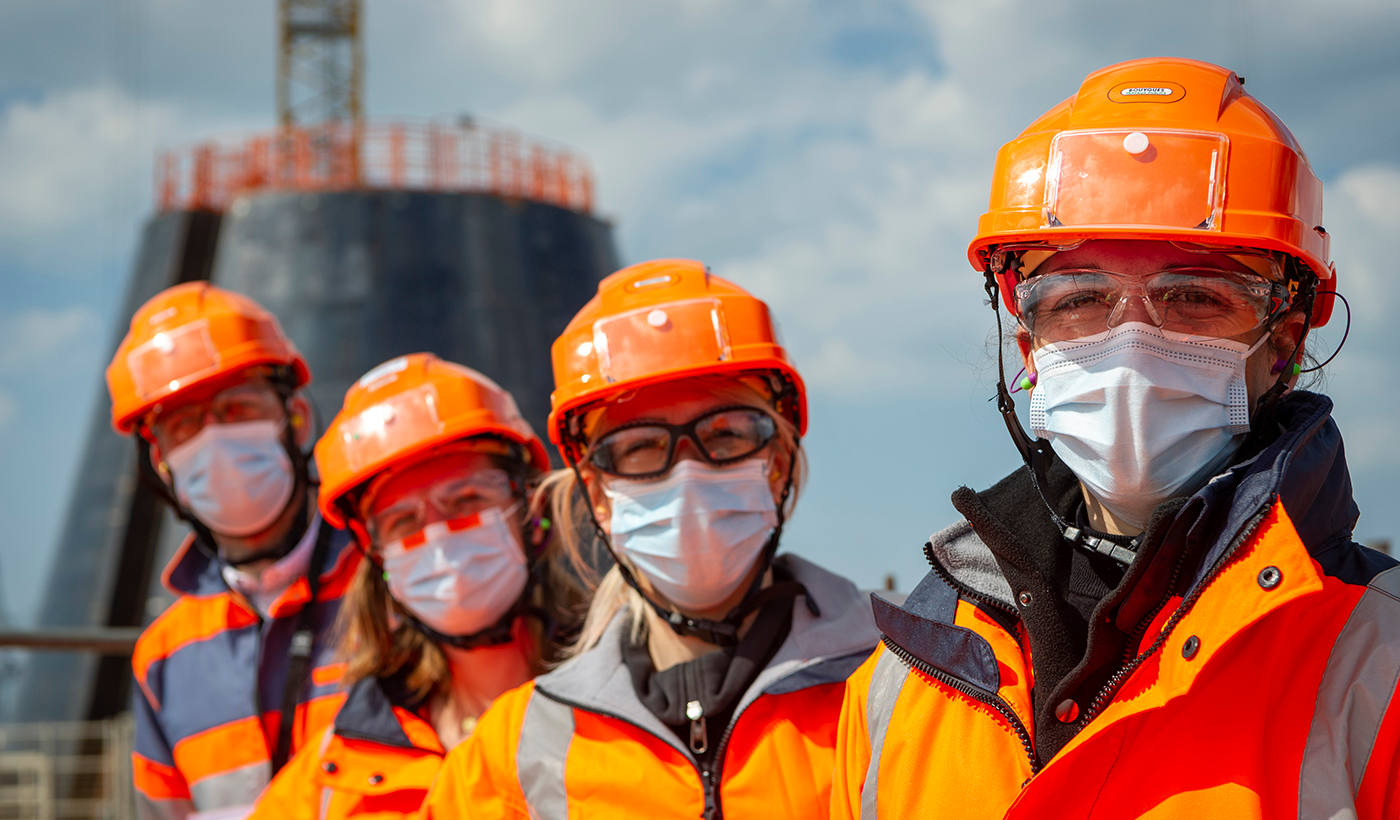 To mark International Women’s Day, Bouygues Construction is redoubling its commitment to promote gender equality and diversity at work. The group is continuing a strategy that began 10 years ago and is counting on the efforts of all its employees to get things moving.

Bouygues Construction works in a traditionally male-dominated field, and has a duty to attract and retain talented women and give them easy access to the positions they want.

Increasing the number of women in the group: more diversity for better performance.

The group’s gender strategy, which was launched 10 years ago, aims to support female employees in their day-to-day career development and to encourage female students to enter the building and public works sector and professions that have historically been dominated by men. What is the goal? To roll out a number of local initiatives wherever the Group operates, in order to:

1.    Appeal to women, because Bouygues Construction’s success is built on the diversity of its teams, their know-how and their interpersonal skills
2.    Retain its female talent through robust measures to foster their commitment and develop their proactivity
3.    Allow female employees to fully fulfil their career potential and ensure that they are entitled to the same responsibilities as men

Bouygues Construction has included managerial parity in its monitoring indicators since 2021, and progress in gender indicators is now incorporated into the variable compensation objectives of the Group’s managers.

Bouygues Construction also draws on its international women’s network, Welink, which has also been given a makeover! With its new logo, a new slogan (Bouygues Construction au féminin) and a new, more modern visual universe, Welink is redefining its raison d’être around three main objectives:

1.    Contributing to raising the number of women in the construction industry
2.    Supporting the professional advancement of women at Bouygues Construction
3.    Making the Group more attractive and efficient by improving the gender mix of its teams

Founded in 2013, Welink is the first corporate networks launched to promote the role of women in the construction sector. Although it was initially designed to help female managers advance their careers within the group, since 2016 the network has been open to all female employees. Today, the network has more than 800 members worldwide within the group’s entities, and there are local versions of the Welink network in a number of countries where Bouygues Construction operates.

Join us tomorrow, on 8 March 2022, which is International Women’s Day, for a presentation of female employees at Bouygues Construction! This global day of action, awareness and mobilisation  is an opportunity for all subsidiaries to highlight female talents from around the world.

On Tuesday 8 March 2022 at 1 pm, take part in our live conference, "Dans les starting-blocks avec Nantenin Keïta !", live on Teams (click here!) or join us in the Salle Polyvalente at Challenger.

The extraordinary journey of an ordinary woman.
Nantenin Keïta was born with albinism and is visually impaired. She is a champion para-athlete and has won four Paralympic medals, including a gold medal. She is also a Human Resources manager in her professional life and is committed to her foundation to support people with albinism.

As part of Bouygues Group’s support for six major disabled sports champions, Bouygues Construction has been supporting Nantenin, an icon in the French para-athletics team, since the summer of 2021.
On the same topic :
Contact : Marion BAUDET
Diversity Manager at Bouygues Construction
Access all content :
Log in to view all articles, to comment, or customise your filters.
Log in
Read also :
Articles suivants