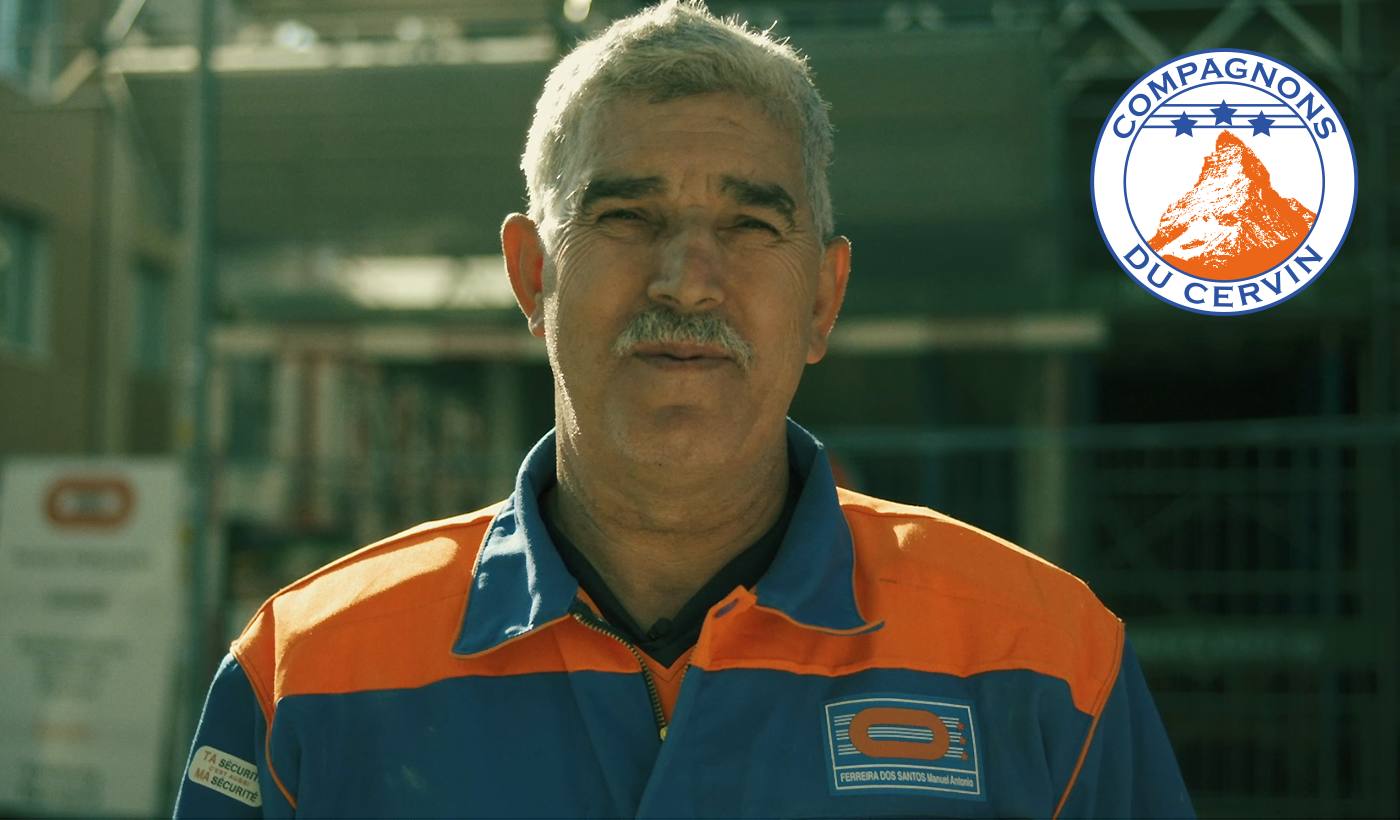 Men and women
«L’Ordre du Cervin» has its first champion

This year, Losinger Marazzi is proud to announce the appointment of its first Group champion.

«L’Ordre du Cervin» (Association of construction site workers) was created to distinguish workers whose competence, availability, fraternity with their colleagues and adherence to the objectives of the company are exemplary.

How Compagnons are made

On a daily basis, a Compagnon ensures that the job is well done while making sure that the various safety and environmental rules are respected. He fosters teamwork that requires individual skills and an awareness that a project’s success relies on him and his colleagues. Without solid foundations, a building wouldn’t last long – and it’s the same with a team. That is why, in 1963, Francis Bouygues created “L’Ordre des Compagnons du Minorange”, whose aim is to ensure that the Group’s standards are met. “L’Ordre des Compagnons du Cervin” is one of 13 orders (7 in France and 6 internationally) that Bouygues Construction has founded.

The search for Compagnons

The Cervin order was founded in 2004. Made up of 14 Compagnons and chaired by Eric Chatelain, its members are exemplars. Each year, the office of the order meets to validate the entries, withdrawals, and recommendations of colleagues. Meetings are also organised to exchange ideas and discuss means of knowledge transfer. Being part of the order means exchanging views with peers and providing excellence on a daily basis.

The holy grail of the Compagnons

The stars are displayed on the work clothes and helmet of the Compagnons du Cervin and serve to draw attention to the example that is to be followed. Once a level of three stars has been reached, the ultimate recognition is that of Champion du Minorange, issued by the coordination committee of the various orders.

As well as displaying excellence and acting in an exemplary manner every day, the Cervin order accelerated the reopening of construction sites after the shutdown due to COVID-19. Thanks to the mobilisation of its members, the coordination of the resumption of work was implemented in record time. This year, as a result of his professionalism and his sense of communication, Manuel Antonio Ferreira dos Santos, known as “Nabissa”, “reached the moon”. After 21 years at Losinger Marazzi, with 20 years as team leader and 17 years as a member of the Ordre des Compagnons du Cervin, he was nominated Champion de l’Ordre des Compagnons du Cervin – a first for Losinger Marazzi.

Our warmest congratulations to Nabissa and many thanks for making us even more proud of our Compagnons.