Previous article :
The “Bridges” are ready for boarding!
Next article :
Michaël, Recruitment Manager… and wildlife photographer! 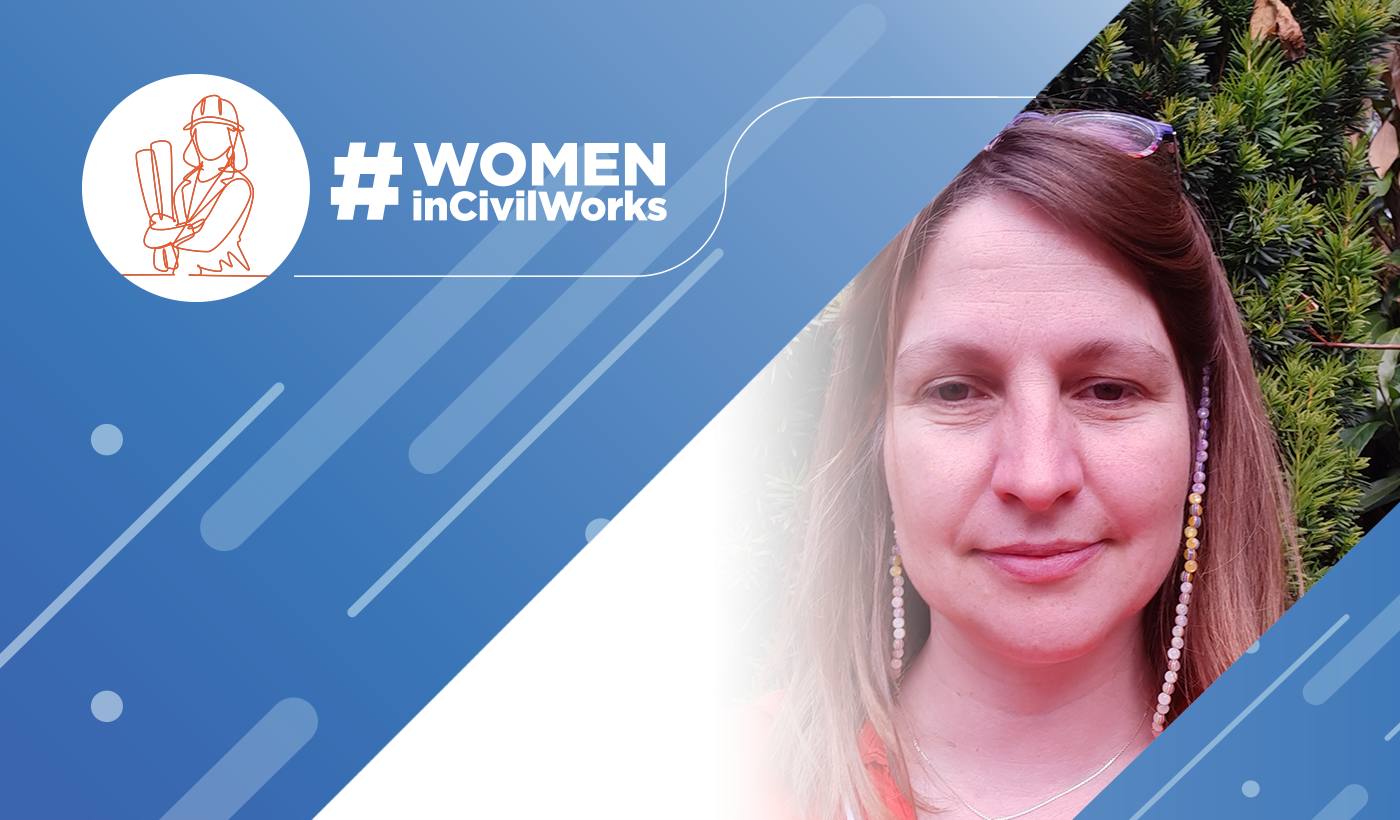 Bouygues Travaux Publics’ female role models series continues with a portrait of Aurélie Pergeaux, Commercial manager of sanitation and dismantling at Bouygues Construction Expertises Nucléaires. A strong story that Aurélie writes in Italy, in France, with determination, with authenticity.

I joined the Group in 2012, initially as a project manager for nuclear waste management at Bouygues Construction Services Nucléaires in Italy, for the European Commission. This five-year expatriation has been a very enriching experience, both for me and for my family, who went with me. As Bouygues was part of a consortium with a German company and the teams were French, Italian and German, I worked in a multicultural environment.

Back in Ile-de-France as a project manager in dismantling, I’ve been commercial manager for the sanitation and dismantling business line for two years. I’m in charge of following up all the contracts’ commercial procedures for the CEA, Orano and EDF in France. Working directly with the technical and operational departments, I’m in close contact with clients to understand the business prospects, the schedule for responding to bids and to stay informed of the contracts’ progress.

As part of my studies at the Ecole des Mines d’Alès, I completed my graduation internship in the nuclear industry. Having grown in the Cherbourg area, I was considering going into the naval or nuclear sector. The latter interested me most, particularly dismantling. This field covers a lot of technical expertise while remaining general. I’m also convinced that it makes sense for our future: knowing that it’s possible to deconstruct nuclear installations and reduce the amount of waste is a major challenge for choosing tomorrow’s energy.


Determined to keep progressing, you have led various projects with different teams. What difficulties have you encountered during your career?


Before joining the Bouygues group, I was a design engineer and project manager for another nuclear company. I stayed there for eight years. I ultimately decided to leave when, on my return for maternity leave, the position I was aiming for was filled by someone else. I wanted to move on with new people in a new environment. That’s why I took the opportunity to work in Italy with Bouygues Construction Services Nucélaires. The project was very interesting, and I knew I’d be able to grow there.

My experience in Italy brought new challenges, like entering a more sexist* environment, hostile to seeing a female project manager. After four years of successful assignments, my maternity leave had been the opportunity for the client to request my replacement. Back in France, I found a challenging position within the Group, through which I continued to progress, alongside the right people.

And a career is precisely about that as well: meaningful encounters. Those that make a difference. I am thinking in particular of the former Director of Bouygues Construction Services Nucléaires, who hired me for the job in Italy. Other figures have been very important, such as Marc André Douaud, my current manager, who appreciates my autonomy and shares his advice.

I also participated in the Bouygues Travaux Publics mentoring programme two years ago. Exchanging with Claude Gaudin, who knows the nuclear industry and the company, was very enriching, especially during the reorganization.

Sharing knowledge is just as important to Philippe Amequin, who has also always been very active for Bouygues Construction Expertises Nucléaires, for example on the La Hague project. And from now on, it's up to me to be a role model for my colleagues! In fact, I had the pleasure of mentoring a member of the technical department at Bouygues Travaux Publics.

In addition to these encounters that have punctuated my career, I have been lucky enough to be able to count on great teams, especially in Italy. Their unfailing support when I had health problems was very precious. Those are the moments when you see that the values of a company are embodied by its colleagues. Back in France, I found other pillars to lean on and to confide in. I am thinking of my team and my colleagues in Bouygues Construction Expertises Nucléaires branches such as Lyon, La Hague and Marcoule.
What’s sexism?
Sexism is the idea that women are inferior to men. This discriminatory attitude takes the form of prejudice, reductive and generalising representations or clichés. Its manifestations are diverse: "jokes", comments, discrimination, physical violence which can go as far as feminicide. These acts and behaviours marginalise, inferiorise, discriminate or exclude women.

How would you react? Take the test here.

You have been with the Group for ten years and have witnessed the evolution of the company in terms of gender diversity. Where do you think Bouygues Travaux Publics stands?


Things are changing a lot right now. All the steps taken by the company to increase the number of women are necessary because there are still too few of us. For example, in the technical professions of Bouygues Construction Expertises Nucléaires, we can almost be counted on the fingers of one hand.

One of the keys to progress is of course mentoring, which Bouygues Travaux Publics has already implemented. By connecting young women with more experienced female employees, it is possible for them to see and target new positions. It is also important to have and to see women in senior positions in the company. Women identify themselves and develop positively. At the same time, men need to see and understand that a woman can be their boss... that both ways are possible. This is how the company will make both men and women grow.

When you talk about developing women, you talk about recruiting women. And I believe that recruitment is another of Bouygues Travaux Publics' challenges. The Human Resources Department is already working hard to promote the recruitment of women, from work experience to management. We should also pay tribute to the female employees who promote our company: they help female students to see beyond the so-called female professions and companies.

Of course, if we only target public works schools, we will have more male candidates than female applicants, because these fields of study also suffer from a lack of female representation. This is why opening up to schools of chemistry and environment, for example, would make it possible to recruit more female employees. By encouraging internal mobility and cross-functionality between certain professions, there would be more women, especially in senior positions.
Career advice
Be yourself! Use your own strengths and don’t copy the behaviour of others. Being different is what allows you to think different and to come up with new ideas.
On the same topic :
Access all content :
Log in to view all articles, to comment, or customise your filters.
Log in
Read also :
Articles suivants