Previous article :
Braving wind and waves
Next article :
International Programme: 5th class is on its way! 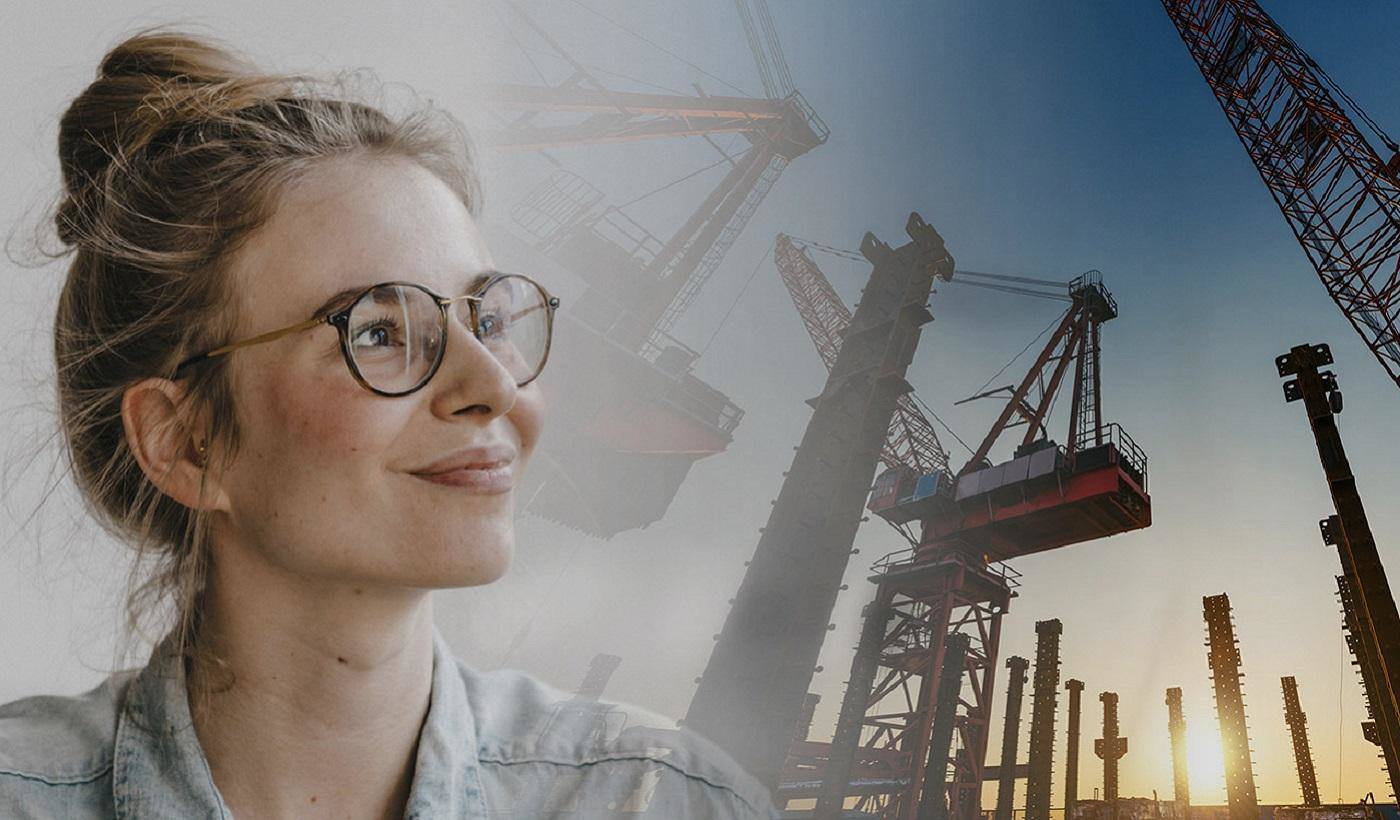 Men and women
A time for women
By Caroline THOMAS

8 March is International Women’s Day. A day to denounce inequalities. A day for society to move forward and modernise. On this occasion, Bouygues Construction is launching a recruitment campaign geared towards women, for more gender equality in the Group.

8 March. 8% was the proportion of female managers at Bouygues Construction at the end of 2017. In five years, this number has doubled.
8 March. 8% was the proportion of women in senior management positions and above in the Group at the end of 2012. Five years later, this number is nearly 13% and among managers 26% are women (+4 points in five years).
8 March. 31% is the proportion of women who applied for administrator, technician, supervisor and manager positions during our recruitment at the end of 2017, which is 4 points more than in December 2012.
While these numbers are still low, this evolution is gaining more and more momentum. An increasing number of women are entering the construction industry, a traditionally male-dominated sector, and Bouygues Construction is actively involved in this. It seeks to appeal to more and more women, retain them and help them progress.
To promote gender equality and increase its appeal, the Group is launching a communications and recruitment campaign called "Why not you?" (Et pourquoi pas vous?) on 8 March 2018 on LinkedIn and our digital media. Bouygues Construction capitalises on the stories of eight female employees in various divisions to invite potential female candidates to explore our business lines and opportunities. More than 10,000 women, both students and professionals, will be invited to contact us via a targeted e-mail campaign. The Group’s engaging campaign guarantees a first exchange within 48 hours and a two-month timeline to process all contacts and recruitments. For more information, click here.
Gender equality is a factor of performance
Such was the result of the 2016 Gender Scan survey in partnership with UNESCO: mixed-gender teams - those comprising between 40% and 60% women - perform better in terms of reaching their objectives and struggle less at work. In France, numbers show that 75% of the time, mixed-gender teams over-performed, compared to 59% of the time for non-mixed-gender teams.
More diversity in recruitment will therefore enable Bouygues Construction to improve its performance and the well-being of its employees. The Group is fully aware of these impacts: there is more innovation, motivation, loyalty and pride in belonging to a company that is committed. There is also more visibility for women in senior positions, which leads to less self-censorship. Bouygues Construction is deploying a global strategy and supports all actions in favour of gender equality.
Participating in increasing the proportion of women in the sector
This evolution remains slow because of an insufficient pool of female candidates: most female students do not consider a career in the construction industry. Bouygues Construction wishes to be a driving force and raise awareness of the sector among teenage girls in order to reach out to a maximum number of potential talents that can benefit the company’s future. This is why, since 2016, through the Welink network, the Group has been a partner of the “Girls on the Move” association which raises awareness among young women about scientific careers, specifically engineering professions. In fact, Bouygues Construction CEO Philippe Bonnave is its 2018 Honorary Chairman and represents its 70 female sponsors in the Group.
Within this framework and on the occasion of Women’s Day, female high school and college students are touring our construction sites everywhere in the world through operation “Girls on the move”. In fact, a major inter-company Girls on the Move day devoted to construction and the Smart City - a first for the sector - is scheduled for 5 April 2018. This event dubbed “Women are building the city of tomorrow” will feature construction site and company tours for female students in various French cities.
In parallel to the “Why not you?” recruitment communication campaign, for several years now, the Employer Brand and School Relations teams have been implementing awareness initiatives for careers in the construction industry, for example by having a gender equality stand during certain student forums such as the one at ESTP and organising day-long events for female interns.
Promoting women’s careers
Since 2012, Bouygues Construction has carried out a fully formalised policy on gender equality which includes checkpoints at every step of our HR processes, not just in recruitment but also in terms of functional and geographic mobility, salary raises, training, talent management, etc.
The Group also supports Welink, the women’s network at Bouygues Construction created in 2013, which is the first of its kind in the industry. Its purpose is to promote women as construction professionals by supporting female employees in articulating their ambitions and accessing senior positions. This independent network namely organises personal growth, mentoring and networking initiatives and forms partnerships with other companies and external networks. Today, it comprises over 600 female managers in Europe Asia and North America.
Given the network’s success, and as a response to numerous requests, Welink decided to go one step further in 2018:

We will open up the network to all women in the company to help them articulate their ambitions at every stage of their careers.

Teams are currently working on organising themselves by this Spring to successfully meet this new goal. Want to join Welink? click here.
Today, 8 March 2018, many activities have been scheduled by the Group for our employees and clients to raise awareness on gender equality issues: Girls on the move, meetings organised by Welink and Bouygues Bâtiment Ile-de-France Habitat Social, a Welink UK event at Becket House, and more. Follow these different activities on Com.Unity Network.
On the same topic :
Access all content :
Log in to view all articles, to comment, or customise your filters.
Log in
Read also :
Articles suivants