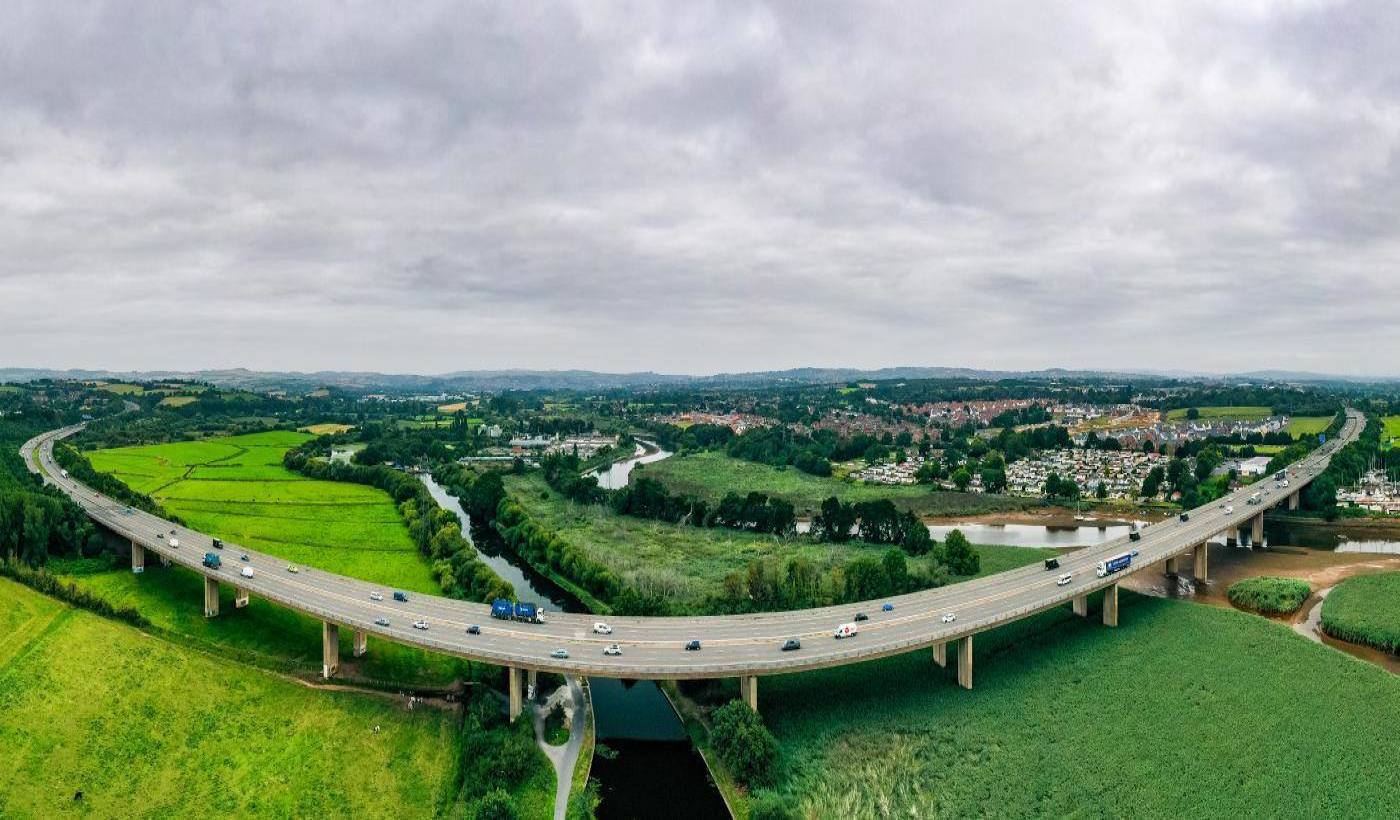 Live from the worksites
Exminster Viaduct- UK: reinforcing a structure with minimal disruption to the public.
By Benoît DHOMPS

VSL has completed the strengthening of M5 Exminster viaduct acting as Principle Contractor under a design & build contract.

The Exminster Viaduct is an essential link carrying the M5 motorway across the Western marshland of the River Exe Estuary and a railway track. Built in 1976, the viaduct is part of a key route linking the South West of England to the rest of Great Britain.

The works had become necessary after the design assessment had shown that the existing bridge needed strengthening to be compliant with current updated assessment loadings. The strengthening was achieved by adding bonded post-tensioning tendons inside cast in-situ concrete ribs inside the two twin box girders. VSL UK's project team had already applied a similar strengthening detail in 2018 to the adjacent Exe viaduct which had suffered in addition some corrosion induced damage.

Based on the experience with VSL on the adjacent Exe viaduct safe-guarding scheme, the owner, Highways England, asked VSL to strengthen the structure while minimising disruption to road users and the public. VSL was Principal Contractor for the design and build scheme.

Dmitry ZLENKO, Project Manager VSL Systems UK, says: “The main challenge for this project was to deliver concrete to the opposite north abutment of the viaduct which was around 250 meters from the site batching area. We didn’t have an opportunity to set up another batching area at the second abutment (like on the Exe Viaduct Project) due to flooding risks and the presence of the railway. However, we managed to pour all elements without facing any significant issues by: benefiting of our previous experience on the Exe Viaduct; choosing the correct equipment; and using the appropriate flowable ready mix concrete with prolonged workability.”

Peter Hughes, Managing Director - VSL Systems (UK) Ltd says: “Our ability to deliver a full design & build scheme under intense time pressure was recognized early by our client Highways England for the Exe safe-guarding scheme. It was a great opportunity to replicate the same approach with our design partners, TGP and COWI, for Exminster. I would like to thank Highways England as well as all other involved parties for this fantastic team effort. I remain convinced that VSL as a specialist contractor can bring true added value to our clients in these type of complex projects in the UK market. What better way towards a low carbon infrastructure than to make existing assets fit for the future with durable strengthening schemes!”.