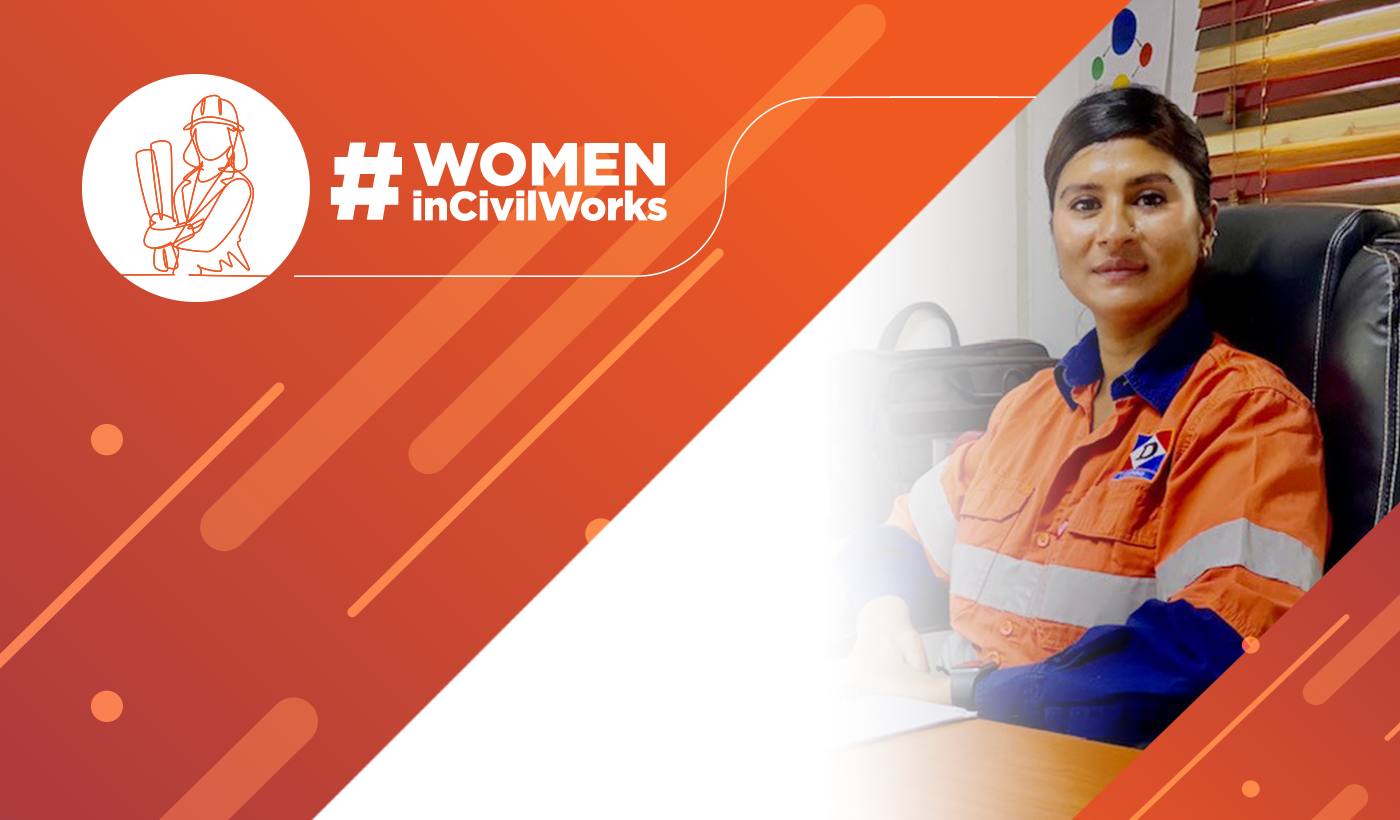 Let’s launch the Bouygues Travaux Publics role models series with Arivantha Sewnath, Senior Contract Manager at DTP Mining. Meeting Arivantha is like attending a TED Talk. She travelled the world, pursuing humanitarian missions as well as driving her career in the mining industry in Africa.

Hello, Arivantha! After your studies in civil engineering in South Africa, your home country, you decided to move to the UK seeking better work opportunities. You joined Bouygues UK in 2010 as a Deputy Contract Manager. Could you tell us more about your career?


The first thing to know about me is that everybody calls me Ari!

As I am a curious person, I’ve always made myself aware of what’s out there. Without this curiosity, I wouldn’t have known. And I wouldn’t have lived in the UK for over 20 years. Braving the move to the UK gave me the confidence to ask for what I wanted. I already knew that if you don’t ask, you won’t get it.

Even though I really enjoyed my first job at Bouygues UK, I quickly was in search for different things. I found what I was looking for when I moved from being office based to a construction site. I thrived and was a happier person there. Four years later, I eventually reached a point where I wanted more, in particular undertaking humanitarian missions. Bouygues UK fully supported me when I went to Haiti in 2014, following the earthquake. The language barrier didn’t hold me back and I stayed there for a few months to conduct audits on the projects we were working on, for instance building maternity hospitals and schools. I came back a completely different person, open minded and knowing what I wanted to achieve next. That’s what motivated me to seek opportunities outside the UK and apply for a position in Nigeria. Beyond working closely with the CSR teams on topics that mattered to me, I empowered my team by hiring women. Having constituted an all-female team has been a great achievement.

Five years later, I went back to the UK… for two days only! I stumbled over an opportunity within DTP Mining to move to Guinea Conakry as Contract Manager – this was definitely uncharted waters for me. Since I wanted to remain in West Africa, I accepted the position without hesitation and went all in. It was a huge risk. I was unaware of what was expected, and to me, mining was something that rhymed with noise, dust, trucks and pollution. Entering this new industry brought other challenges like new people and new language. I took that risk anyway. That was two years ago and I’ve never regretted it. I excelled and within one year I was promoted to Senior Contract Manager. Since I joined DTP Mining my perception about mining changed, an industry that I now consider to be a positive contributor to the world. We’re also working with the local population, especially since we’re very remote. Giving back to communities and being sustainable brings me a lot of happiness for my own development as well.
What’s empowerment?
Empowerment refers both to people’s awareness of their own value and the power they have to act for themselves; as well as taking the power for themselves.

Your journey is paved with curiosity, determination, as well as hunger for progression and success. What difficulties have you encountered during your career? How did you deal with them?

I would say that the lack of support has been the first and the main challenge. When I first joined Bouygues in the UK, I spent a lot of time trying to demonstrate my abilities and proposing new ideas. However, I wasn’t often supported. Although the industry was male dominated, I consider this difficulty came from the fact that I was a newbie – rather than my gender. New ideas should always be welcomed, precisely because being new brings something to the table. You still got a fresh pair of eyes!

In 2010 I was asked to co-host an important event, the Bouygues UK annual conference, with a colleague that deeply inspired me, Bouygues UK Legal Director, Carole Ditty. As a female leader in the construction industry, she represented something I wanted to be. I’ve always been hungry for success and progression in my career. She not only supported my transition from the office to the field but also gave me the guidance when needed.

When I arrived on site a year later from being office based, this changed me radically, and I finally had more opportunities to prove my abilities and enthusiasm. The upper management recognised my potential.

As such, role models are essential to show you the paths you can follow. They also inspire you to move forward and face challenges head on. That’s why you need mentorship throughout your life. My very first source of inspiration is my mother, who is indeed a strong woman.

In your opinion, how can women in the construction and the mining industry be empowered?

The group has grown a lot since I first joined Bouygues. Each year at DTP Mining, there are more and more female employees. That’s great. But that’s not enough. These women, who are fully capable, should see themselves as being able to progress into senior or management positions. But the problem is precisely being able to recognise potential. Recognition should come from both sides. From women, for acknowledging their strengths; and from their company, for seeing their potential. In order to go in this direction, the company must provide continuous support and provide the necessary training and development as well as giving opportunities to these women who are hungry for success!

I’d also like to see more female leaders sharing the knowledge in countries where women are still considered as the inferior gender. Providing education would make a huge difference to people who don’t even realise what they’re able to achieve. This is one of the many reasons why there should be more women in leadership roles. Another added value is that they bring a more in-depth leadership. They can guide people through different leadership methods.

Hard work always rewards, that’s for sure. But confidence really is the key. Positivity, support, encouragement. That has to be given to an individual so they can be confident. One of my goals is to help young people in getting this confidence. If I hadn’t showed confidence, I wouldn’t be where I am today. I can see myself moving up the ladder and I now aspire to reach higher in the mining industry. Maybe one day I’ll be the first mining project director – with the right training and development of course! I have no doubt women can do it, they just need to be given this opportunity.

What’s your career advice?
Take the risk! Travel the roads that you haven’t travelled before. That’s what I did, and I’ve always thrived on these new paths.
Access all content :
Log in to view all articles, to comment, or customise your filters.
Log in
Read also :
Articles suivants